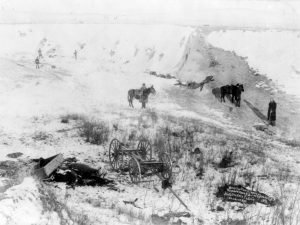 An image from the aftermath of the Wounded Knee Massacre