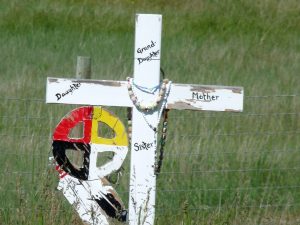 A cross representing an American Indian woman who had committed suicide