Examining The 2017 Keystone XL Pipeline spill and how the fundamental philosophical differences expressed in the Dakota Access Pipeline protests foreshadowed​ such dangers. 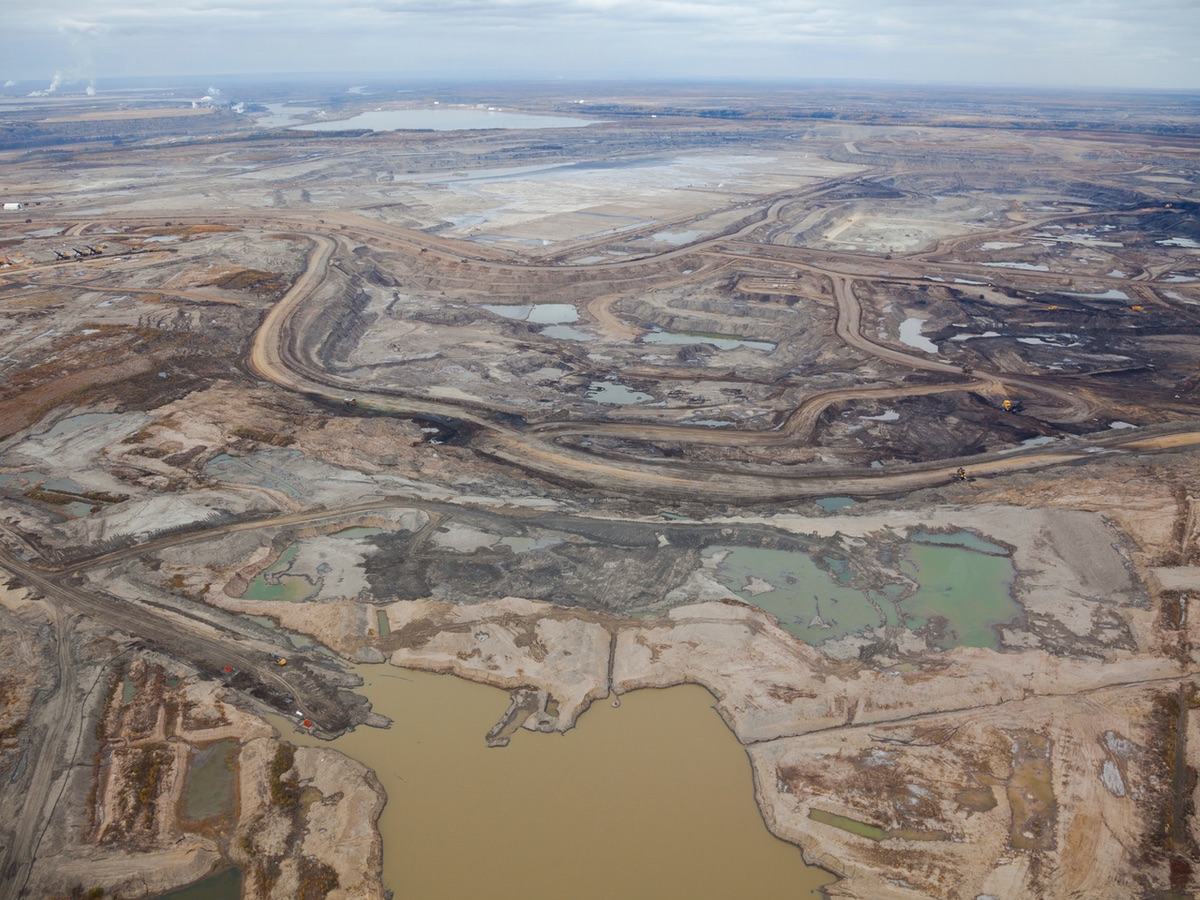 The issue of oil pipelines throughout North America and Canada has become a much-discussed topic recently, with a variety of opinions and discourse for and against the continued implementation of them throughout the continent. One of the most recognized voices that have arisen from these discussions has been that of the indigenous communities and how they would be directly affected by any spillage stemming from these pipelines. Most recently, this concern is once again at the forefront.

On November 16, 2017, The TransCanada Corporation has stated that the Keystone pipeline has leaked an estimated 210,000 gallons of oil in Marshall County, South Dakota, mere days before Nebraska makes a controversial vote on the implementation of the Keystone XL pipeline project.

The company has said its crews shut down the Keystone pipeline system early on the morning of November 16, between Hardisty, Alberta and Cushing, Oklahoma, with an additional line to Patoka, Illinois. The pipeline is to remain shut while they deal with the current spillage.

The spillage comes at a pivotal point in the future of Keystone XL project. The Nebraska Public Service Commission is set to vote on the Keystone XL project on November 20th, which would be the last significant regulatory barrier for the estimated $8 billion project to continue development.

Opponents of the Keystone XL project say that the pipeline would pass through the Sandhills, an ecologically fragile region of grass-topped dunes. It would also cross the lands of farmers, citizens and members of indigenous communities.

Opponents of the Keystone XL project say that the pipeline would pass through the Sandhills, an ecologically fragile region of grass-topped dunes.

Dallas Goldtooth, with the Indigenous Environmental Network, said 15 tribal nations would be along the route of Keystone XL project.

“It poses a risk to the Indigenous rights of tribal nations all along the route and it’s a complete disregard for free prior and informed consent as guaranteed on the UN Declaration on the Rights of Indigenous Peoples,” said Goldtooth, who is directly involved in multiple campaigns standing against the continued implementation of the pipeline.

“It puts at risk the drinking water of over 65,000 Indigenous peoples along the route and puts at risk the livelihood for so many people that depend on tourism, on the land itself for farming and livestock. It’s a risk we can’t take.”

The pipeline, if completed, would transport oilsands oil from Alberta, Canada through Montana and South Dakota to Nebraska, where it would connect with the existing pipelines that support the Texas Gulf Coast refineries. This horrible incident is the most recent reminder of the immense dangers that the construction of oil pipelines can elicit not only on the environment but entire communities. Indigenous communities have been particularly impacted by the development of these oil pipelines, actively working at the forefront in confronting the issue.

One recent and perhaps most famous incident has been that of the Dakota Access Pipeline (DAPL) protests. The DAPL protests were in response to the proposed construction of the DAPL by the natural gas and propane company Energy Transfer Partners. The proposed pipeline would run from the Bakken oil fields in North Dakota to Illinois, crossing through the underneath the Mississippi and Missouri rivers, as well as a section of Lake Oahe near the Standing Rock Indian Reservation.

Actual reporting on the DAPL protests and its connection to the significant challenges faced by the Indigenous population of the United States have been given little to no attention by many mainstream media outlets. There has been a notable blackout surrounding the discussion of this significant and critical issue. Save for Lawrence O’Donnell from MSNBC and Amy Goodman from Democracy Now!, the lack of concern by many media pundits is worrisome.

Actual reporting on the DAPL protests and its connection to the significant challenges faced by the Indigenous population of the United States have been given little to no attention by many mainstream media outlets.

One would think that the DAPL protests would have provided suitable material for established media pundits to take note of and elevate to a broader audience. This subject, unfortunately, had apparently not been appropriate. This lack of concern had also been expressed in the two mainstream U.S. Presidential candidates at the time, with both Hillary Clinton and Donald Trump showing no real opinion or official recognition of the protests. This approach is disheartening to say the least, although there were displays of solidarity in third-party candidates such as Gloria La Riva and Jill Stein, both of whom commented and made trips to the protest grounds.

While the DAPL protests were shunned by those aforementioned mainstream media outlets, public and digital activism has worked to highlight one of the most prominent human rights violations taking place on American soil today. What started in April of 2016 with Standing Rock Sioux Historic Preservation Officer and tribal elder LaDonna Bravebull Allard establishing the Sacred Stone camp in order to protest the DAPL, the protest movement had grown to encompass thousands of individuals from across the country, both Indian and non-Indian alike, to gather, both online and offline, to support the cause of demonstrating against the continued installation of the DAPL. While activism and resistance were fervent, the two diametrical viewpoints on which the issue of land is comprehended resonates more so than ever through the DAPL protests and their importance within American history – especially within the context of contemporary Indigenous rights.

For over 500 hundred years since the first colonial expeditions into the Americas, the philosophical differences on the understanding of land have been a point of contentious conflict between that of Western-centric modes of ownership and that of traditional Indigenous ways of stewardship. The results of these adverse interactions have often led to both physical and mental actions of violence, death, and oppression, with the Indigenous populations commonly receiving the most damaging effects stemming from these encounters.

This tension has culminated in landmark moments throughout the centuries that have continued to bring into question how land is understood and interpreted between these two groups. The 1830 Indian Removal Act and the 1887 General Allotment Act are two prominent examples of this. The issue of the Standing Rock Sioux Tribe and the DAPL is but the latest example of this tension once again coming to fruition.

For members of the Standing Rock Sioux Tribe, the understanding of land is not viewed as an outlet for which natural resources can be extracted and profited from, but there lies a more profound philosophical comprehension regarding the actual land itself. Other American Indians across the country share this perspective as well. For the Standing Rock Sioux Tribe, they just do not want to see their lands destroyed or sacred sites demolished, especially for mere corporate profitability and perceived notions of technological “progress.”

For members of the Standing Rock Sioux Tribe, the understanding of land is not viewed as an outlet for which natural resources can be extracted and profited from, but there lies a more profound philosophical comprehension regarding the actual land itself.

From a Western-centric perspective, the land is viewed as an element of nature that can be bargained, traded, and sold under the practice of personal or commercial ownership. Couple this applied understanding with the further integration of corporate profit-driven practices, and land is viewed as a commodity for which resources can be delegated and extracted from, primarily for monetary gain. Ownership of land is thus reflective of a Western application of legalism that envisions the land as a transitionary function of the economy. Furthermore, under this philosophy, no inherent sacredness is attached to the land itself. Instead, it is viewed and utilized only as a tool for consumptive and exploitative measures that eventually deplete the land of its natural resources.

The tension that had been experienced between the Dakota Access Pipeline protestors and Energy Transfer Partners and their private security firm indicates this dichotomy of understanding land, and to a more considerable extent, the world around us. For Energy Transfer Partners, the protesting is a violation of private property, and the protestors are deemed trespassers based on legalistic terms.

For the protestors, it is a violation of sacred and culturally relevant sites and the water source for which Tribal members rely on to use. While the Energy Transfer Partners cite private property as a reason to remove the protestors, the protestors cite eminent domain held under the Fort Laramie Treaty of 1851, in which the pipeline would run through territory claimed under that treaty. As one can see, the DAPL protests are grounded in a range of philosophical differences about land and legalism that stems back for generations.

The understanding of land between the Indigenous tribes of America and commercial and governmental interests have been a longstanding issue throughout history. It has also at times eased its way into the American public consciousness ever so briefly, only to return out of the minds of the broader American public. What the protests at Standing Rock have shown, in perhaps the most publicly visible account of land dispute in years, is that the issue of land has been a persistent reality for many tribal nations. It is not something that is allocated in the “past.” It is here and present.

While Standing Rock protests are but one of the many instances throughout history where a tribal community has fought for their rights, one can hope that it is the catalyst for which Indigenous issues can be a more realized facet of the contemporary American landscape and not merely delegated to the pages of America’s past. The current incident surrounding the Keystone pipeline spillage once again highlights that the discussion surrounding the construction of oil pipelines needs to vigorously continue and that it is absolutely necessary for indigenous voices to be heard within that debate.