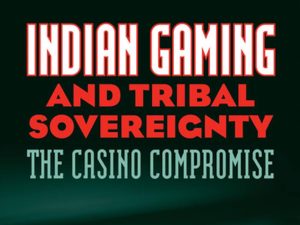 An image of the book cover for Indian Gaming and Tribal Sovereignty: The Casino Compromise