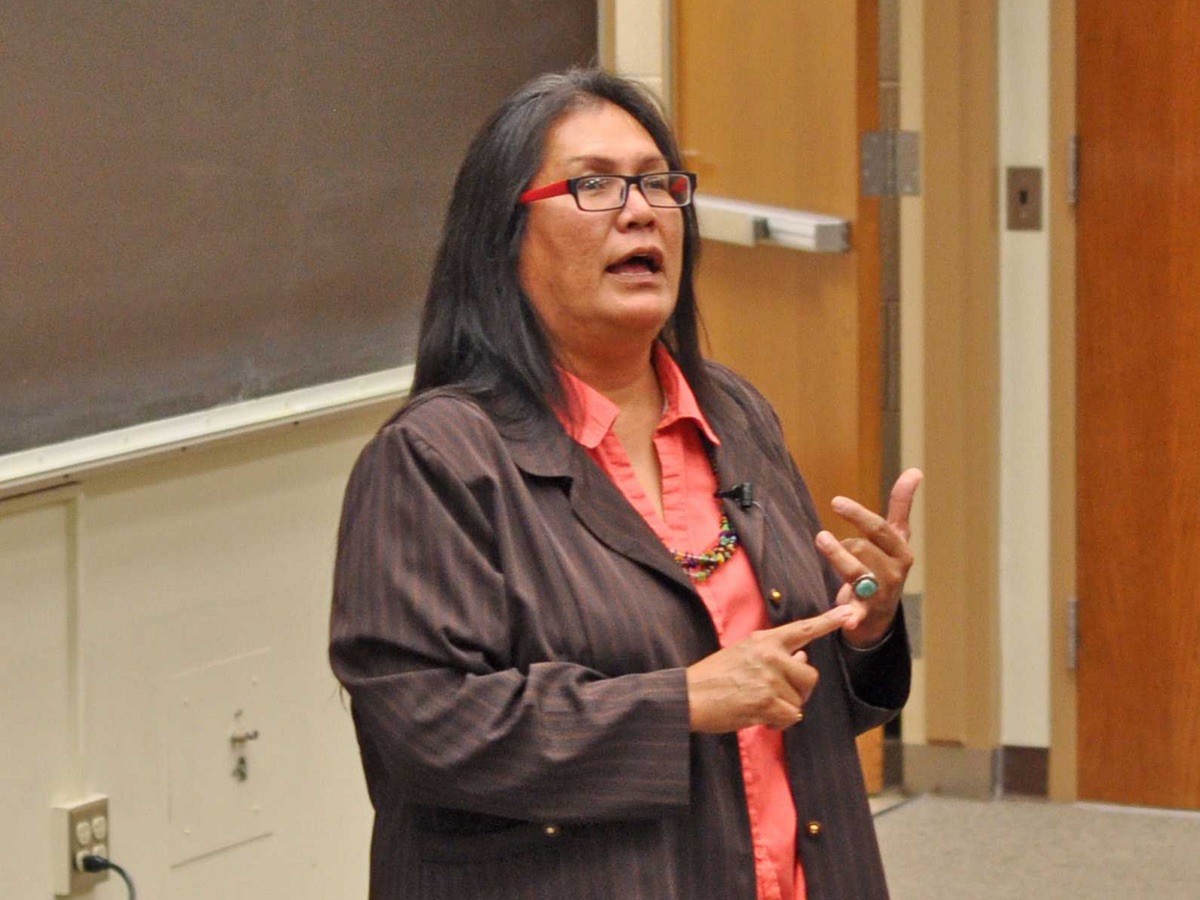 Many Navajo tribal members, conservative and liberal alike, believe that the overturn of the Dine Marriage Act of 2005 needs to be tabled in favor of more pressing community-wide issues such as behavioral health or housing development. For just as many, tribal sovereignty means taking direct action to ensure equal rights for all tribal citizens. A 2016 report by the Navajo Nation Human Rights Commission publicized that the “transformations of indigenous societies have resulted in the devaluation of women’s roles and the invisibility of LGBTQI, both of whom have not participated equally with men in nation-building.” In spite of this, years-long debates over cisgender and non-conforming gender issues continue in Window Rock, AZ, home to the Navajo Nation’s government.

Soon after landing in Portland, OR, Trudie Jackson went straight to Powell’s Bookstore. Ever a diligent scholar, she found what she was looking for: The Peyote Religion Among The Navaho, which would supplement her doctoral studies at the University of New Mexico. Jackson’s studies aren’t limited to reviewing historical literature; at a Pride event that took place earlier that week, she participated in an eye-opening discussion with a long-time LGBTQ activist and felt inspired to apply the experience to her future leadership. Her perspective as a two-spirited indigenous woman expands the discourse on indigenous gender, sexuality, and identity. However, Jackson wants to do more than earn her Ph.D.

Initially from Teec Nos Pos, AZ, Jackson entered the Navajo Nation Presidential election this year. The reason? She wants to change the Navajo Nation’s political narrative. In recent years, the Navajo Nation government has made controversial conservative decisions, such as banning gay marriage, networking with the Redskins NFL team owner and failing to set up an effective Amber Alert, all of which made national headlines. Jackson feels this need to stop. “These experiences shaped my decision,” she said. “That’s when I told myself, ‘I cannot continue to stand on the sidelines and allow unethical behavior. I want to take back everything that I learned in the city.’ That’s when I decided to enter the race.”

Though she does not have political experience, Jackson is determined to learn. “I’m going to follow my heart and let the people decide if they want me in there. That’s how I view it,” she said. “The most important and crucial thing is that I want my people to judge me on my skills  and not my sexual orientation.”

Jackson considers herself to be a “product” of the Phoenix Indian Boarding School. From a young age, she yearned to live outside of the Navajo Nation. “I felt more comfortable in the city,” she said of her 35 years in Phoenix. “I was able to adapt.” Without a doubt, her experience speaks volumes.

Jackson earned two bachelor degrees in Public Service Policy and American Indian Studies from Arizona State University, with a master’s in Tribal Leadership and Governance. Her scholarly pursuits earned her a place on the dean’s list. She envisioned the annual Southwest American Indian Rainbow Gathering, a Phoenix-based symposium that supports Native American and Alaska Native Two-Spirit people (2SLGBTQ) and service providers through networking, education, health, and awareness. Her efforts have earned her recognition in scholarly achievements and awards for her community activism and leadership.

“In urban spaces, there are very few Native organizations that provide services or are properly trained to work with the LGBTQ community,” Jackson said. “Intake forms may not reflect non-conforming genders.” Non-Native organizations seem to be more welcoming to communities of color. Staff may not be trained to work with American Indians,” she said. “For tribal settings, the policies…are exclusive which causes LGBTQ tribal members to relocate to urban areas. There’s a lack of policies and services that are targeted toward LGBTQ. It’s not inclusive of diversity, and it does not represent open-mindedness in the community. ‘Community’ is supposed to mean everyone is included, not just a specific group.”

Jackson publicly supports the changing ideas and values within her homeland, also called ‘Dinétah.’ “I know it’s within our Navajo teachings that we have to respect our elders and teachings, but in reality, times are changing. Even though we continue to hold on to our culture, traditions, ceremonies, and language, we have to adapt to the changing society,” Jackson said. “We need to be able to embrace change, but still remember that we are Navajo.”