A STEM Conversation with a NASA JPL Mechanical Engineer

A STEM Conversation with a NASA JPL Mechanical Engineer. “I am an engineer, but I am indigenous first.” 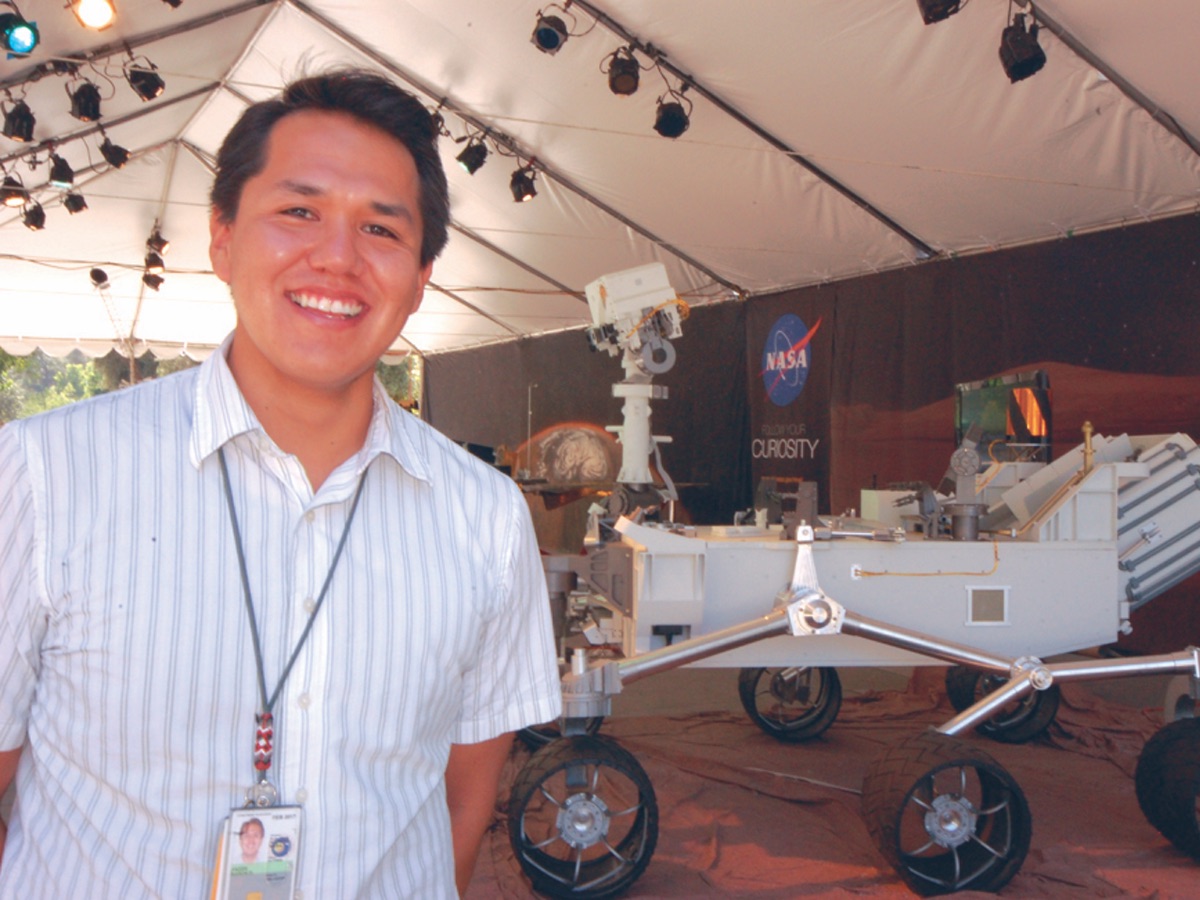 Last year in September, President Donald Trump signed a Presidential Memorandum that would grant K-12 students and post-graduates a minimum of $200 million a year to pursue science, technology, engineering and math (STEM) education, thereby continuing a recent push started by the Obama administration to strengthen American students’ skills for future STEM careers. According to the U.S. Department of Commerce, STEM-related jobs grew at three times the rate of non-STEM jobs between 2000 and 2010. Across the United States, there are hundreds of thousands of lucrative STEM jobs that remain to be filled by qualified applicants.

Although STEM careers are revered as both lucrative and advantageous, Native Americans and Alaska Natives in the United States have fallen far behind in this arena.  This is due to a lack of student support, primarily low student preparedness, a lack of funding, and the dearth of specialized math or science curricula.

For Aaron Yazzie, starting a journey toward a promising STEM career was daunting at first. He credits his family, teachers, and university recruiters as continual supporters on his journey to NASA. “I had an idea of the steps I needed to take to become a successful professional and engineer, but no one had blazed this path to NASA yet. I discovered that on my own, and was fortunate enough to have a family that went along with my exploration.”

Yazzie was born on the Navajo Nation in a small town called Tuba City, Arizona. As a Holbrook High student, he became involved in Upward Bound, College Horizons, and the American Indian Science and Engineering Society (AISES). Through them he received recruitment and scholarships, and now does professional workshops. At Stanford University, Yazzie completed two NASA internships and, after graduating with his mechanical engineering degree in 2008, successfully applied at the NASA Jet Propulsion Laboratory in Pasadena, California. “I…arrived at JPL to realize that my education had not finished,” Yazzie said. “In the beginning I had to learn, once again, how to rise to perform at a level on par with many accomplished, new engineers around me.”

As a STEM advocate, Yazzie enjoys engaging in student outreach with the belief that STEM education needs to be accessible and inclusive of indigenous learners. In addition, he recognized that indigenous role models can directly influence prospective Native students in developing self-actualization in the fast-paced world of STEM.  Yazzie cited the strong work ethic instilled in him as integral to his career. “As Navajos we are taught to be useful,” he said. “And though I’m not back home, directly work[ing] for Navajo[s], I can still remotely be useful. I can further our knowledge of our homeland through science. I can help blaze a path to greater opportunities for our younger generations.”

Yazzie’s most notable projects include the Mars Rover Curiosity mission, the InSight Mars Lander, and the Mars 2020 Rover. “Mars is such an exciting planet to study,” Yazzie said. “It helps us to…understand ourselves better as humans, where we came from, and what our place is in this universe.”

Yazzie’s most notable projects include the Mars Rover Curiosity mission, the InSight Mars Lander, and the Mars 2020 Rover.

Yazzie is now a lead engineer for the Mars 2020 Rover’s drill bits. For the first time in history, a Mars rover is being designed to gather and preserve samples from the Martian surface using its drill, paving the way for future return missions to Earth. Yazzie’s job is more complex than ever. “I am learning how to be a leader among brilliant engineers of all levels. I am learning to be confident in the engineer I have become, to value my experiences, and to perform at a whole new level than I have been expected to in the past,” Yazzie said. “Every mission I help support feels like I’m contributing to humanity and history.”

To all the Native American students pursuing careers in STEM, Yazzie has this to say:

“[Students] need to understand that all the opportunities out there also belong to them. It’s easy, when you grow up in small reservation and bordertown communities like the ones we grew up in, to feel like you are somehow excluded from the greater world. As [Native Americans] we have a desire…to do something that will help our people and our communities. That attitude is what makes [you] conditioned for success. We have a passion to serve others, and that drive is what will take you far!