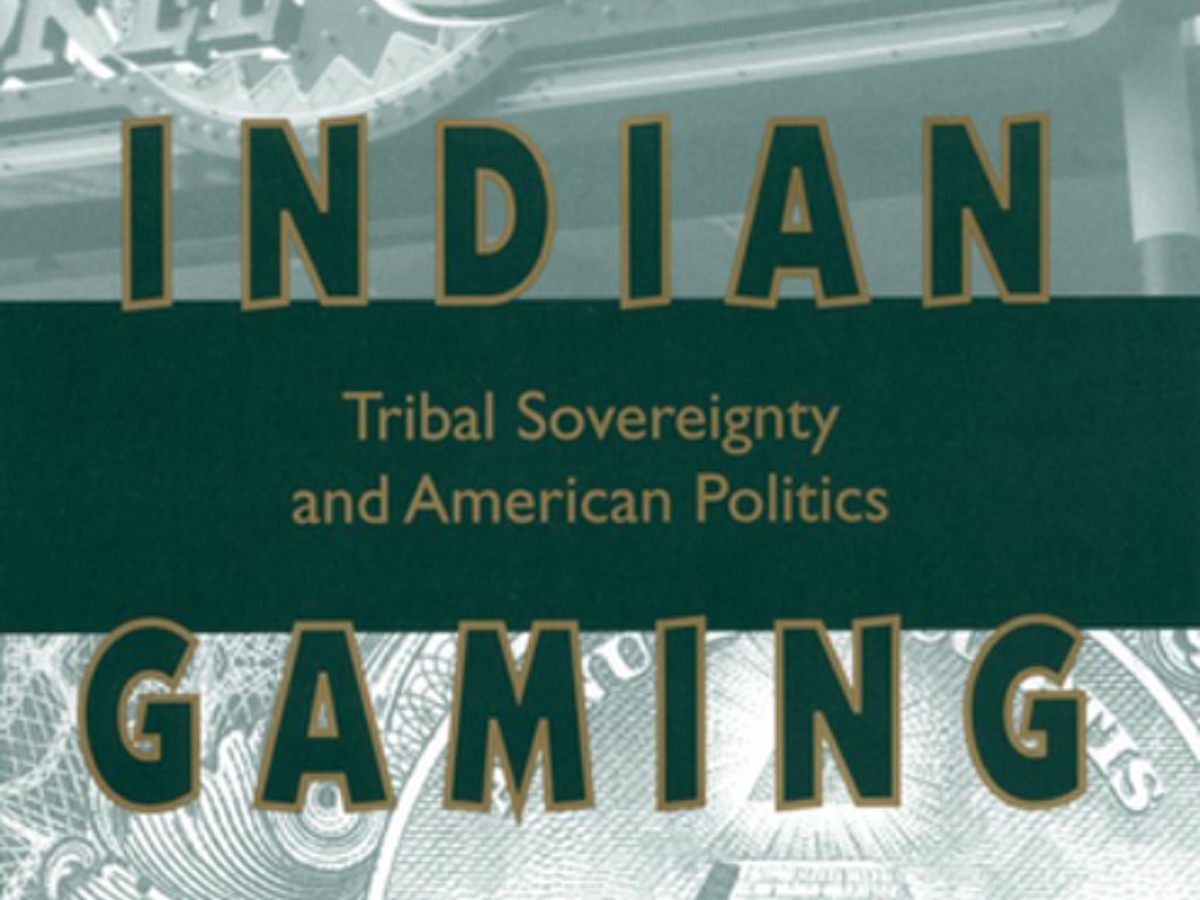 Similar to Indian Gaming and Tribal Sovereignty: The Casino Compromise, Walter Dale Mason’s Indian Gaming: Tribal Sovereignty and American Politics also enter into discussing the conflicts that have arisen within the Indian gaming world. While the previous book primarily focused on providing a general overview of Indian gaming as a whole, Mason adheres to particular cases of tribes in Oklahoma and New Mexico, while also examining the origins and subsequent effects of the Indian Gaming Regulatory Act (IGRA) of 1988 and its immediate aftermath.

Mason’s analysis of IGRA provides a foundation for which he further explores the political and legal connections that were made between tribal communities that operate casinos and the political sway that resides in Washington D.C. For much of the beginning of the book, Mason seemingly provides a historical look into tribal sovereignty itself and its future applications to both tribal communities and the gambling establishments they operate. For the uninitiated, this approach is appreciable because it provides some insight into the significant role that Indian sovereignty has played within the contemporary Indian casino economy. If you are familiar with such material already, the beginning seems a little bit on the redundant side, but it does serve its purpose.

As Mason enters more in-depth into the legal conflicts surrounding IGRA itself, the tone of the book becomes slightly more interesting. With Mason’s discussion on Indian gaming, he presents us with the compromising nature surrounding IGRA and its implementation, exploring the role of the states and their proposed newfound abilities towards regulating, to some degree, Indian gaming within the realm of Class III gaming.

As the intended purpose of IGRA continually shifted though, so did the nature of a state to fully regulate Class III gaming, which had led to some contested issues in the aftermath of IGRA. We see that IGRA had once again reignited the flames of tribal sovereignty and its battle with that of non-Indian governments, which remains one of Mason’s more critical points throughout the book.

As Mason enters more in-depth into the legal conflicts surrounding IGRA itself, the tone of the book becomes slightly more interesting.

Mason does delve into some territory that showcases the dualistic approach that tribal communities often must undertake to operate a casino successfully. This dualistic approach can be seen in the form of tribes advocating their legal recognition as sovereign nations while at the same time existing and cooperating within the realm of state and federal politics. We see Mason promoting the argument that through the introduction and codification of Indian gaming into law, tribes had the opportunity to assert their status as sovereign nations, radically transforming their relationship to that of the various levels of governmental institutions within the United States.

While we do read that gaming profits from casinos have provided tribal communities the opportunity to develop more of a voice in the realm of politics and economics, Mason also explores the tremendous opportunities for tribal growth stemming from such profits as well. These expressions of self-sufficiency have elevated tribes, who are amongst the most impoverished communities in the United States, to new heights as they enter into the modern economy through gaming.

Mason further looks at the impact of gaming negotiations too, with the negotiation process applied to gaming compacts allowing for dialogue to now exist between state and local governments which previously was absent. The intergovernmental aspects held between federal, state, and tribal governments make for the most exciting segments offered up by Mason, with tribes now utilizing their political and economic powers to benefit their respective communities.

The intergovernmental aspects held between federal, state, and tribal governments make for the most exciting segments offered up by Mason, with tribes now utilizing their political and economic powers to benefit their respective communities.

Mason’s particular examination of state governments in New Mexico, with its openness towards cooperating with tribal communities on Indian gaming, and Oklahoma, with its bitter resistance towards Indian gaming, provides us a different look into the incredible complexities that Indian gaming has only highlighted when it comes to addressing tribal sovereignty. While Mason’s examining of both New Mexico and Oklahoma is rather in-depth, he does not delve too much into the adverse effects that Indian gaming has had within those states on the tribal communities themselves. More of this would have been somewhat appreciable for readers only because he appears to be presenting a one-sided approach towards a multi-sided issue.

This one-sided approach towards probably stems from the limited amount of research material that was available at the time (being that the book released in 2000). If one was to consider this before going into reading the book, then Mason does a commendable job in attempting to provide a generalized opinion on federalism, tribal sovereignty, and the effects of Indian gaming.

Mason could have focused more extensively on the multiplicity of issues surrounding Indian gaming on a tribal level, but considering his approach and the title of the book, it probably wasn’t his intention. One can value the research material found here though, as it does show the contemporary conflicts that exist within the political and economic realm of Indian gaming, providing a better look at how one must approach the subject to more appropriately understand it.