Connecting 573 Indigenous Communities and More in One App 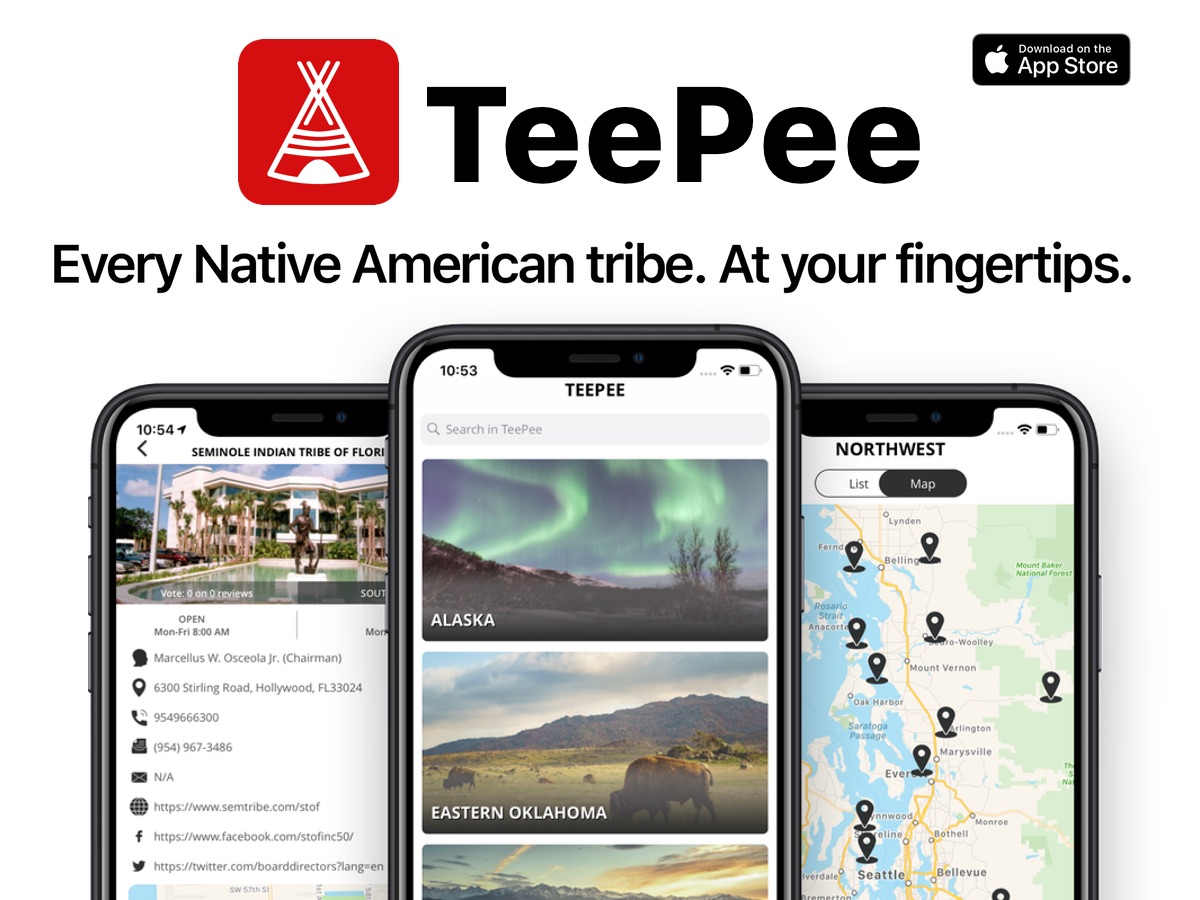 After months of development, it is with great pleasure that I officially announce the release of TeePee – An Indigenous Directory, available for the iOS and iPadOS platforms.

The key features of the app include:

The concept of connecting the various Indigenous communities through technological means has always been an enormous undertaking of mine, and the practice of developing such an app was not taken lightly. Months of research took place prior to initiating programming of the mobile application, which entailed attentively inquiry into each Indigenous community to develop an understanding of how to best foster connection.

This extensive search, was a driving point for bettering communication pathways amongst Indigenous peoples, and was one of the key inspirations for creating the app.

The diaspora of Native Americans throughout the history of the United States has left many Indigenous communities in an immense state of disconnect physically, psychologically, and spiritually, which produces a plethora of issues. Arguably, this was intentional and had significantly disrupted traditional pathways of communication that had lasted for thousands of years.

There is an immense gap in effectively connecting Indigenous communities, both internally and externally. Yes, the advent of social media can bring such communities closer together. Still, the entrapments of who is in control of those social media modalities often limit the ability for authentic communication pathways to occur. As an experienced computer programmer and developer I have seen first hand how many tribal communities refute the significance of technological solutions in improving the communication and livelihood of their respective communities.

For many Indigenous communities, the successful implementation of technology is an unattainable reality, and in some severe cases, completely disregarded—mostly stemming from genuine ignorance on the part of its leadership—as a solution to many of the problems experienced in Indigenous communities. An educational process has to begin for a paradigm shift to occur, and TeePee is part of that potential shift.

Bringing Indigenous communities together through technological measures is but one step in course correcting and taking control of our ability to connect once again.

Be a part of taking that control back by downloading the TeePee app on your iOS device and/or iPadOS today by downloading it for $4.99 here: https://apple.co/2FiBAgg