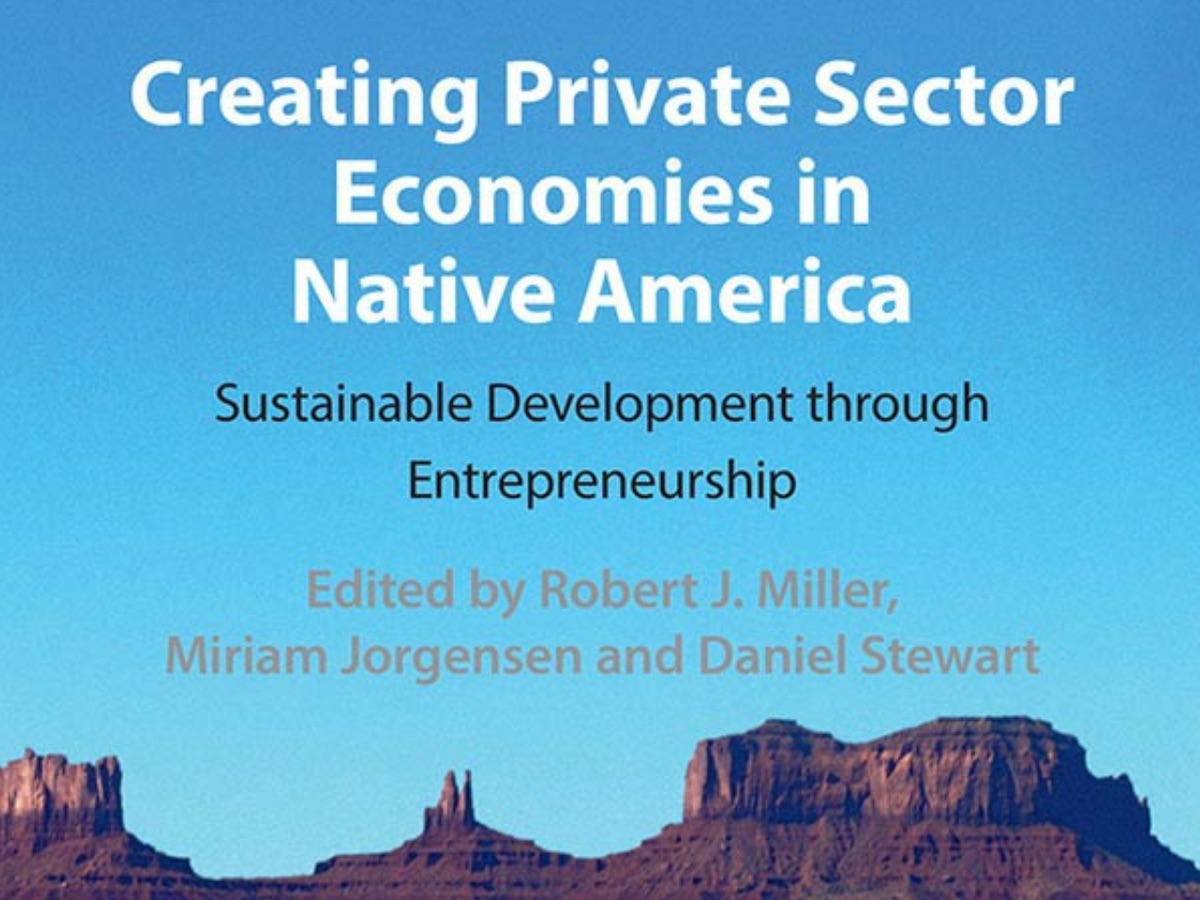 For many tribal nations, the public sector, with the likes of tribal government programs and tribal government-owned businesses, has commonly been the leading business undertaking – and logically so. Provided that such public sector enterprises have elicited significant benefits for tribal nations, the likes of casinos, bingo halls, and smoke shop operations have brought about basic economic development modes for many disparate tribal communities. Fundamentally, private sector activities such as entrepreneurism are interpreted as a practice that resides mostly outside of the reservation and is only practiced by non-Natives.

Despite such economic gains through the aforementioned public sector activities, the frequently disregarded discussion of entrepreneurism and the private sector in Indian Country has ultimately led tribal governments towards downplaying the significance of Native American entrepreneurs as additions to the development of long term, holistic and sustainable tribal economies.

Robert Miller’s latest book, Creating Private Sector Economies in Native America: Sustainable Development Through Entrepreneurship, offers a challenging examination into this understudied aspect of the reservation economic system. This exploration is done expertly through a collection of essays from knowledgeable authors willing to dive into the private sector’s intricacies, exploring how tribal entrepreneurs can actively help develop healthy reservation economies.

The book opens with Miller astutely examining the notion of entrepreneurism as being a true facet of Native American communities from time immemorial. Here he challenges the historical fallacy of entrepreneurism stemming mainly from a Western cultural and economic mindset, with its categorization as a commercial pursuit seen as unattainable and foreign to that of Native American cultural standards. Argumentative yet constructive, its evaluation of the nature of entrepreneurism in Native American communities shines a new light on how it should be viewed as a longstanding practice that did not disappear with the arrival of colonialism in North America, and was practiced long before.

Furthermore, for being such an underdeveloped facet in many tribes, the private sector is interpreted throughout the book as a viable opportunity to reintroduce traditional tribal pathways regarding practices of individualism through the form of trading, bartering, and ownership.

In one of the book’s most compelling propositions, the philosophical observation on individual types of ownership rights is expressed historically throughout the Inuits, Tlingit, and Nootka nations. Miller makes for an exciting notion that tribal collectivism is not as generalized a cultural undertaking by Native American communities as many may have long believed. This ancient practice of private ownership and rights eventually led to forms of entrepreneurism that we can still see being exercised today, albeit through a contemporary lens.

Some of the book’s more intriguing chapters include Access to credit in Indian Country: The Promise of Secured Transaction Systems in Creating Strong Economies by Patricia H. Kunesh and Benjamin D. Horowitz. Providing a heady examination of the need for tribal governments to initiate secured transactions that are readily available to reservation businesses, the comparison between reservation policies and off-reservation systems is eye-opening.

Another chapter is Tribal Economic Resurgence: Reflections from a Tribal Economic Development Practitioner by David Castillo. Here we see deep consideration of the socio-economic sphere of Native people and their capacity for economic development through measures of self-sufficiency, when historically, outside sources have been of little assistance in facilitating such opportunities.

The chapters of this book are staggered in terms of intertextuality of content. As this is an academically based read, examination of its varied and extensive topics is dependent on its chapters. The readability of the material may be challenging as content tends to diverge from one chapter to the next drastically. The various discussions surrounding descriptive financial frameworks, tribally specific rights-based cases, and policy structuring, while enticing topics, may be a struggle for some readers.

The book, to no small extent, does find its footing towards the latter half, by suggesting practical measures that can be initiated by Native American entrepreneurs to improve their ability to understand and operate in the private sector successfully. It is here where the book provides excellent examples of the many challenges they will inevitably experience, while also encouraging them to comprehend the complexities surrounding failure and how they can move forward from a business perspective.

Miller largely posits the importance of the private sector as an expression of authentic tribal sovereignty itself, further expanding upon the practice of tribal sovereignty from that of a community experience, to that of the tribal individual.

Accordingly, by consistent inclusion and encouragement of tribal entrepreneurs throughout a tribal community, a phase of transformative nation economic development can arise. Such a step is more resilient in response to an economic shock, more productive for respective tribal members, and ultimately, promotes economic diversification for the entire community.

It is through this thoughtful exploration of contemporary Native American private sectors that Creating Private Sector Economies in Native America conveys the necessity for Native American entrepreneurs to be able to collaborate with their respective tribal communities. The book offers excellent insight towards the tribal private sector as being an invaluable – but oft-forgotten – asset of tribal sovereignty and financial independence.

Miller, as well as his co-authors, afford readers a well rounded examination of the necessity of entrepreneurism in Indian Country.

Without striving for such practices, many tribal nations may be losing out to a future where economic prosperity is genuinely in the hands of tribal members, and not governmental reliance, henceforth, becoming a true expression of tribal sovereignty.