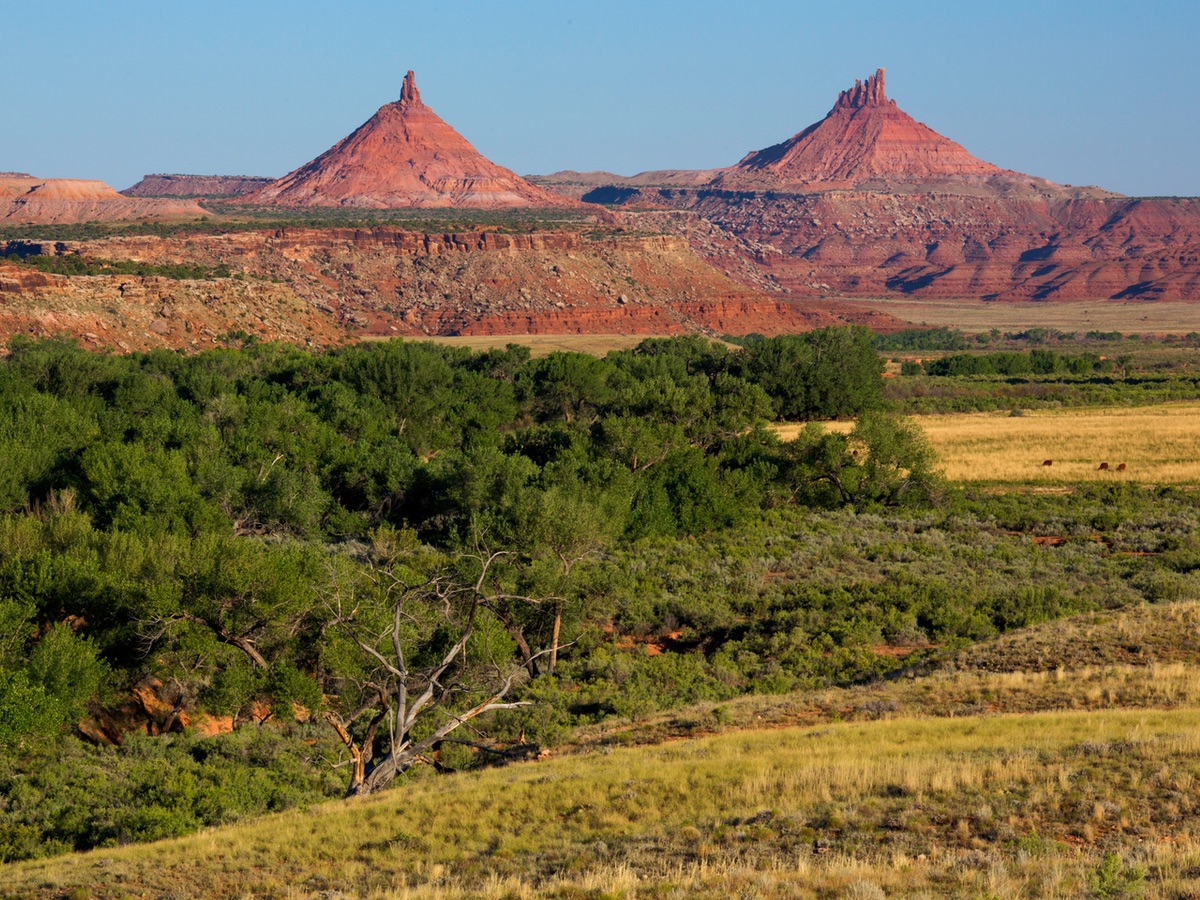 At the end of 2016, President Barack Obama made an addition to the conserved lands of the United States.

He used his last few days as president to bring Bears Ears National Monument to life by designating over 1.3 million acres in southeast Utah to be federally protected at the request of The Bears Ears Inter-Tribal Coalition; an alliance of the Navajo, Hopi, Ute Indian Tribe, Ute Mountain Ute, and Zuni tribes.

Utilizing the 1906 Antiquities Act, authorizing the president to protect landmarks, structures, and objects of historic or scientific interest by designating them as National Monuments, President Obama chose to set in place a law to protect acres of Native American ancestral land on the Colorado Plateau.

It was a controversial move. Republican leaders in Utah had long been wanting to protect the land as well, though they wanted to avoid the national-monument status which they view as an abuse of federal power by President Obama.

While the delegation was certainly polarizing, it was a significant win for the Native tribes of The Bears Ears Inter-Tribal Coalition which had spent the past five years culturally mapping the land which needed protection.

President Trump’s goal in his action is to return the power back to the states so that the choice to preserve the land is up to the local community. “I’ve spoken with many state and local leaders … who care very much about conserving land and are gravely concerned about this massive federal land grab,” he said. “And it’s gotten worse and worse and worse and now we’re going to free it up. It should never have happened. I am signing this order to end abuses and return control to the people.”

This move is controversial on several levels. In fact, there are several lawsuits filed against President Trump regarding this issue. Returning the power back to the local Utah government means possibly exposing the land to mining and energy development. Trump’s choice to backtrack on what was supposed to be a unilateral move made by the previous administration is what has sparked a major upheaval.

This move is controversial on several levels. In fact, there are several lawsuits filed against President Trump regarding this issue. Returning the power back to the local Utah government means possibly exposing the land to mining and energy development.

Understanding the Antiquities Act is key because it is being used in both sides of the legal battle that has ensued over Bears Ears. The law states that presidents should limit designations to the “smallest area compatible with proper care and management.” Utah politicians on both sides have argued that the actions of previous presidents going over the specific limit were illegal.

The law also does not specify going against the unilateral action. President Trump is not the first to cut the size of a monument, however. Woodrow Wilson significantly shrunk Mount Olympus and Franklin Roosevelt reduced the size of the Grand Canyon.

The courts have never ruled on whether or not a president has the power to make these alterations. That is why the legal battles to come will have large implications.

If those who are challenging President Trump’s actions win in court, the ruling could uphold the president’s right to use the Antiquities Act to extend protection to vast areas of public land.

But if they lose, President Trump and future presidents could have the power to cut any of the many monuments created by those before them.

“More than 150 years ago, the federal government removed our ancestors from Bears Ears at gunpoint and sent them on the Long Walk, but we came back,” said Navajo Nation Council Delegate Davis Filfred, who represents five of the seven Utah Chapters.

What was once protected is once again exposed to grave robbing and looting. The Monticello, Utah, field office of the Bureau of Land Management (BLM) reported at least 25 incidents of looting, vandalism, and disturbance of human remains in San Juan County since 2011. This number does not include incidents on lands managed by the U.S. Forest Service, U.S. Park Service, or Utah School and Institutional Trust Lands Administration.

The land is also now exposed to oil and gas drilling. Lockhart Basin and Hatch Point in the northern areas of Bears Ears face threats of mining.

Several of the sacred areas that will be left vulnerable due to the cut in land are:

The backlash, outrage, and protest from those who oppose President Trump’s ruling continue to build. The native communities impacted will continue to defend the land and their own vitality.

The crevices and hidden places of the vast land at Bears Ears are not abandoned and empty, as many may presume. They are places of communication where ancestors gathered and told their stories. It is a place where tribal leaders and medicine people conduct ceremonies, collect herbs for medicine and practice healing rituals. The symbiotic relationship to the land is essential for maintaining the health and healing of communities. In essence, it is irreplaceable.

The continuity of indigenous traditional medicine, culture and history is in danger, as long as lands like the Bears Ears are not protected. When these protections are removed, the negative impact on future generations of Navajo, Hopi, Ute Indian Tribe, Ute Mountain Ute and Zuni are imminent.