Songs Born From Tragedy: Honoring the Missing and Murdered

My sister’s suffering and my family’s grief became my guides, but I find that MMIWG songs have served to light my path. 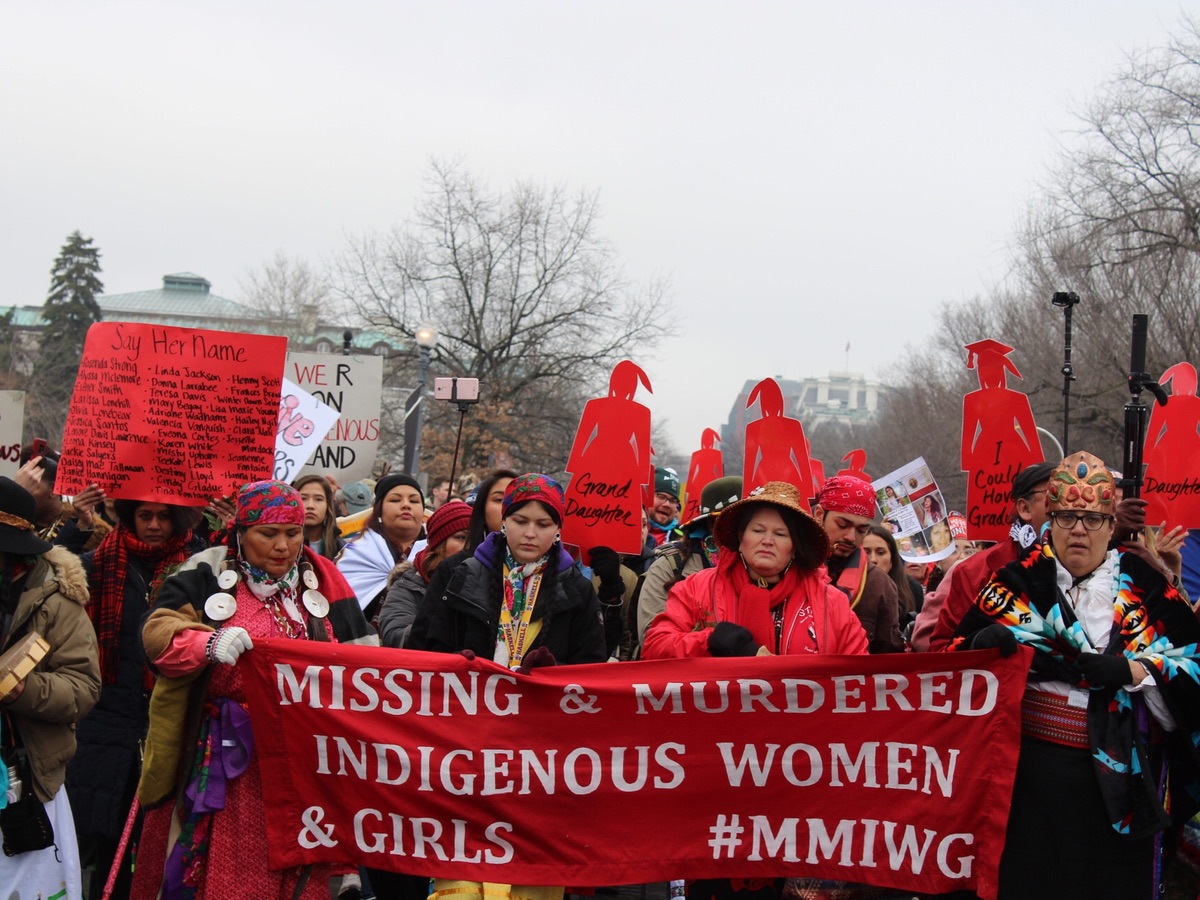 In April, Abigail Echo-Hawk, Chief Research Officer and Director for the Seattle Indian Health Board, addressed the pervasive culture of silence surrounding violence in Native communities in her keynote speech at the 84th Annual Tribal Assembly:

“We have to challenge this culture of silence, which is not cultural. That is from the outside and is not us. We need to acknowledge that trauma occurred in order for us to not pass it on. We need to not just survive. We have a responsibility to our ancestors to thrive…I challenge all of you to be bold, be brave, take a leap of faith that our ancestors survived so that we can thrive. Violence is not traditional, silence has to end, and healing will happen and you will lead it.”

A 2018 report by Echo-Hawk and Annita Lucchesi through the Urban Indian Health Institute (UIHI) found that 5,712 missing and murdered indigenous women and girl (MMIWG) cases were reported in 2016 across 71 cities. UIHI also reported that murder is the third leading cause of death for Native women.

I myself have an unfortunate personal connection to MMIWG. In 2014, my only sister Amy Lynn Hanson was found in an arroyo by a boy and his father near Gallup, NM. Since then, our questions have gone unanswered. My sister’s suffering and my family’s grief became my guides, but I find that MMIWG songs have served to light my path. Some MMIWG songs are for those without closure, and each has its own medium of expression, but all honor our stolen loved ones and aim to break the silence.

My sister’s suffering and my family’s grief became my guides, but I find that MMIWG songs have served to light my path.

In 2014, Nikki Shawana, Anishinaabe, released the Sister Round Dance Song (MMIW Honour Song) on YouTube. In 2015, the Hanisha Singers honored victims with their MMIW song, also captured on YouTube. Jayda Gadwa of Kehewin Cree Nation followed suit with her solo tribute at Gathering of Nations 2016.

Ben Rogers, Vancouver songwriter,  released “Highway of Tears” in February 2017 and donated a portion of his revenue to MMIW programs.

Classified, a Canadian rapper, wrote and produced “Powerless” last year after a rash of responses to his Facebook post about a controversial rape case which led to his discovery of the MMIW movement. Subtitles at the end of the music video read, “Indigenous women and girls are honoured and valued members of our families and communities. They are our mothers, grandmothers, sisters, daughters, aunts, nieces, cousins, partners, and wives.”

Indigenous women and girls are honoured and valued members of our families and communities. They are our mothers, grandmothers, sisters, daughters, aunts, nieces, cousins, partners, and wives.

Theland Kicknosway, Cree and Potawatomi, and Isaac Tonasket, Colville, are the new generation of traditional drummers who used social media to express their MMIW songs.

“I’ve composed a few songs related to MMIW2S,” Kicknosway said in an email interview with American Indian Republic (AIR). “I felt like I was standing with all the victims, and could feel their energy. [It’s] important we raise awareness to the epidemic, every song we sing is a prayer and a blessing. That song was a gift given to me, and by the creator, it helped me elevate my voice to share with everyone.”

“So beautiful,” a user named Misty Mehan had commented on Kicknosway’s “Never Forgotten” drum song. “Wish you didn’t have the need for such a sad song but what a beautiful tribute.”

Isaac Tonasket, Colville, composed “MMIW Hand Drum Song.” I just wanted to make my first song meaningful,” Tonasket said in a Facebook interview with AIR. “…I was like [MMIW]…[is] a big problem at this time so I just wanted to let everyone see.”

PJ Vegas, Shoshone and Yaqui, composed “Tears” in memory of his cousin who was murdered.  Vegas found comfort in the MMIW initiative after his family’s tragedy. “In most cases, these crimes are never solved or even looked into by local law enforcement,” Vegas said in an email interview with Indian Country Today. The song won the 2018 award for Best Independent Artist at the Native American Music Awards.

The tribute journey continues this July with Antone George, who is an enrolled Snoqualmie member. As a leader belonging to a Lummi Canoe family, he shares a strong cultural connection to traditional singing, dancing, and drumming and was approached to compose a new MMIW anthem for the Lummi Canoe Journey. “I’ve been praying on this song for a good couple of months,” George said. “I really wanted it to have deep feeling and harmony and flow to where our people in Indian Country would be able to sing it.” The song solemnly resonates with reverent Coast Salish chants, a language all on its own that spoke to those in attendance; many wept as it was sung for the first time. “We might not ever meet all of the ones that are hoping and praying that their loved one comes home,” George said, addressing the families of victims. “They’re not alone with their prayers. They’re not alone with how they’re feeling.”