Sovereignty and Sustainability Over the Land

For the Winnebago Tribe and its people, the pursuit of energy independence continues to take place on their rooftops, in their fields, and on every inch of their reservation where a solar panel can successfully operate. 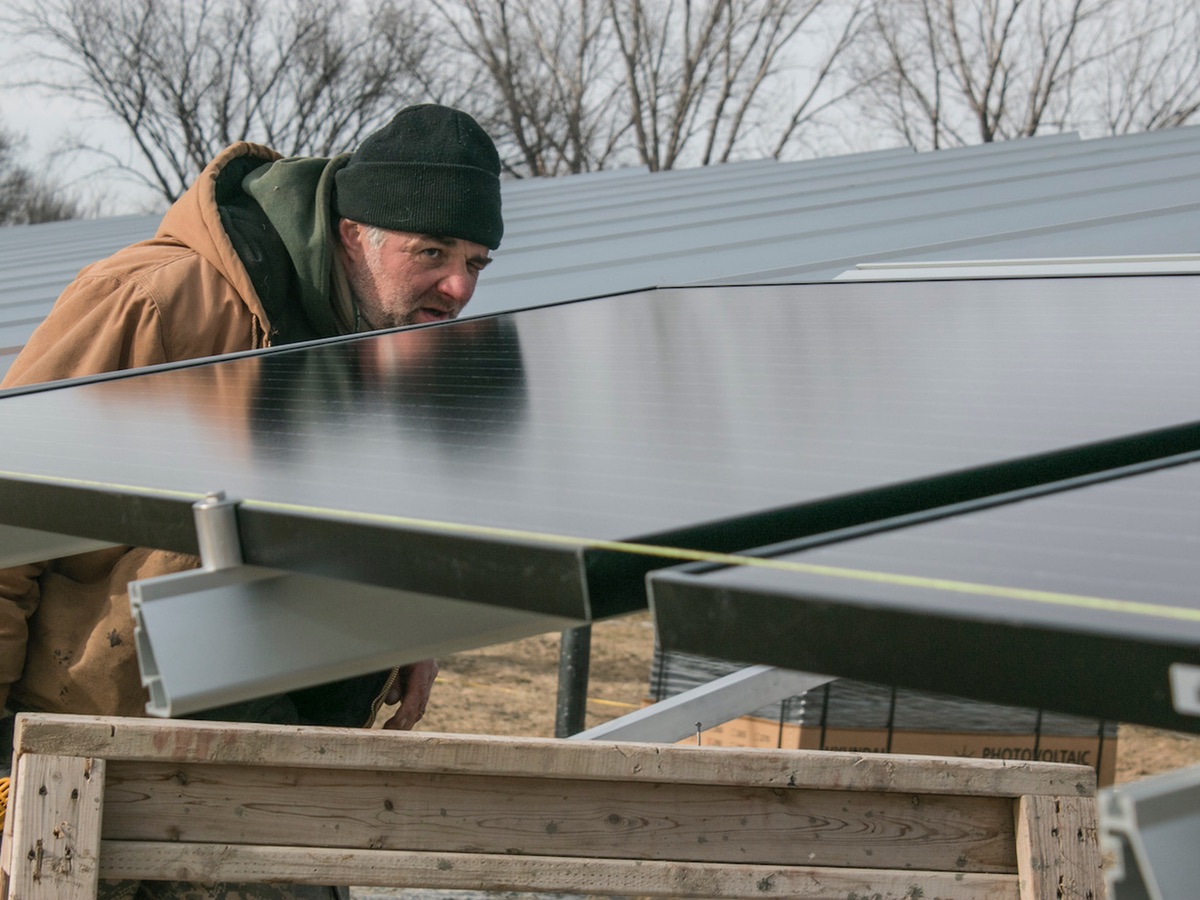 For many Native communities, the battle for sovereignty relies heavily on honoring and protecting the land through sustainability of resources. For the Winnebago Tribe and its people, the pursuit of energy independence continues to take place on their rooftops, in their fields, and on every inch of their reservation where a solar panel can successfully operate.

The tribe has installed close to 1,000 solar panels over the past 10 years. They began with covering the rooftops with panels until space became too limited. Since then, they have utilized a field in the northern corner of the tribe’s land to install even more panels.

The goal for the solar panel project is to use the solar energy that’s harnessed to lower retail costs for the tribe’s businesses, in turn enabling business owners to save money and reinvest into other facets. The tribe has used its own construction company to implement and install the solar energy project.

The 1,000 solar panels and counting are all part of the tribe’s sovereignty initiative, which includes plans to take over management of its hospital as well as to create a large indoor farmers market.

Before the solar energy plan was implemented, businesses would often have to compete for power throughout the reservation. Lights would often flicker and from time to time locations would lose power altogether. In contrast, the tribe’s various solar energy projects have saved close to $50,000 in electrical costs and produced close to 450-megawatt hours of energy.

The pursuit and fight for autonomy over the land is significant to Native culture for many reasons. While there are several layers to this particular narrative that could use some unpacking, the heart of the issue comes down to the understanding that land is life. To completely understand what makes this battle impactful for Native cultures, one must know the deeply symbiotic relationship between indigenous culture and the land.

When there is no space to interact freely with the land, the land is at jeopardy, which in turn means that the very existence of the culture is also at stake. The culture has been crafted by and from the land. Healing, health, and sustenance all come from the land. Because this is not widely respected or necessarily understood by popular culture, it leaves many American Indians constantly fighting to thrive, maintain their heritage, and prove why respect should be afforded to them and their culture.

Sustainability initiatives such as those implemented in the Winnebago Tribe utilize methods of taking back power and control of the indigenous future. Renewable energy has not only provided a source of literal power for many tribes but it also has had the ability to reinvigorate communities by providing jobs, generating income as well as autonomy over the land itself.

The Winnebago Tribe has the right idea and so do plenty of other communities in Indian country. The Washoe Tribe, for example, partnered with Black Rock Solar, a Nevada-based non-profit dedicated to building low cost -often free- solar power for tribes, non-profits, schools and small towns.  With the help of Black Rock Solar, they were able to build seven ground-mount solar arrays at community centers on the tribe’s land.

In addition to outside contractors, there are funding opportunities being made available to tribes looking to use renewable energy as a means of powering their communities. The Energy Department has granted over 19 tribes the funds to take the proper action towards moving forward with sustainability.

The future of Indian Country is bright as the fight for sovereignty regarding the land continues. Renewable energy is certainly a key player and method towards empowering and assisting in the battle to regain autonomy for indigenous culture across the United States.