The Business of Storytelling for Indian Country 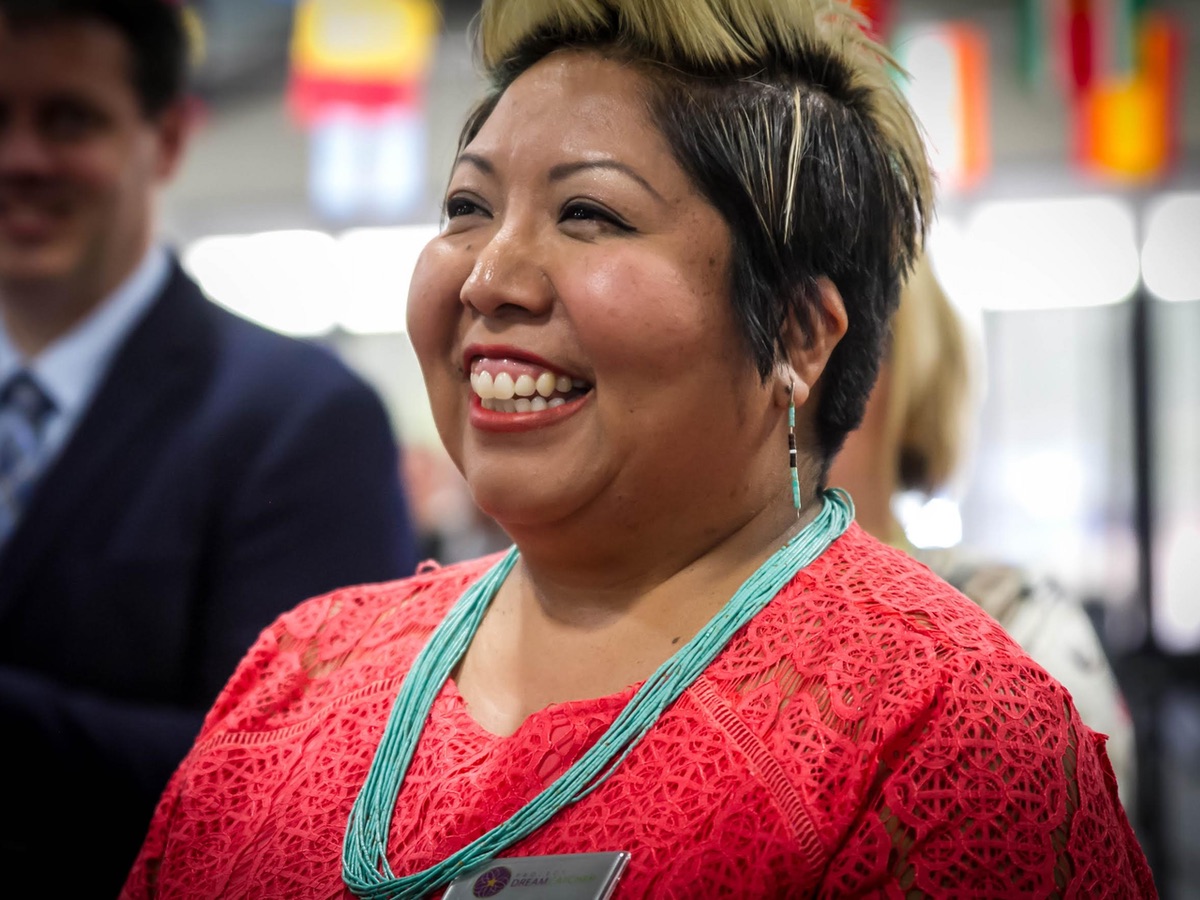 “I love people’s stories. They’ll tell you what their needs are.” April Tinhorn, the owner of Tinhorn Consulting, LLC, shared. She calculated that Indian Country needed consulting services that could help achieve their goals and most importantly, tell their stories to global communities. As Tinhorn LLC put it, one must have “respect for other cultures” while having a “‘why not?’ attitude.” As April wrote, “creativity and laughter are valued.”She began by starting her company from the ground up on the Hualapai Indian reservation located near the southwest rim of the Grand Canyon.

Tinhorn’s storytelling has woven three traits together: indigenous traditions, interpersonal listening, and intuition. The triad forms the cornerstone of her communications business. Since any web strategy requires keeping the audience first, storytelling is a natural tool for employees. April now maintains a new blog that invigorates readers about American Indian entrepreneurship. With strict attention to detail, storytelling becomes a central focus of her efforts to develop her clients’ websites and communities.

Tinhorn, who has Hualapai, Navajo, and Chinese heritage, was honored in 2014 with the “Native American 40 Under 40” award from the National Center for American Indian Enterprise Development. Her firm empowers business clients by generating and synthesizing their web strategies, social media policies, and marketing content, while also offering individual training and team-building workshops.

Initially, Tinhorn did not plan on venturing into computer science or starting her own business, but she accomplished both. April credits her high school counselor with guiding her to apply for the National Security Agency Undergraduate Training Program scholarship, now known as the Stokes Educational Scholarship Program. She graduated with a bachelor’s and master’s degree in Computer Science from Arizona State University and Johns Hopkins University, respectively.

Tinhorn’s higher education led to her software engineering and web programming positions at the National Security Agency, IBM, and Indian Health Services. Her twenty years in programming provided a stalwart network, strengthened her technical knowledge, and bolstered her innovation, thus leading to her entrepreneurial work today.

“My first big challenge after beginning my business was being paralyzed with too much freedom,” Tinhorn said. Her firm would gain recognition for their positive representation of American Indians and strong support of Native-owned businesses. Within the last year, Tinhorn Consulting helped San Carlos Apache College successfully exceed its first-year enrollment goals by bolstering its web and social media sites.  In addition, the consultant aided the Gila River Broadcast Corporation (GRBC) to meet FCC licensing requirements and was a factor in promoting public awareness by constructively developing and maintaining the GRBC web and social media sites.

Tinhorn once turned down a client who wanted to develop a website that included racy photos of Native American women. Her own values transfer over to her identity as an entrepreneur and inform her style of storytelling for her clients.

Tinhorn refuses to allow her business to shape her motherhood, and often reflects on her business decisions with her own daughter in mind thinking, “What type of world would she grow up in?” As a result, her choices expressher family and indigenous values. Tinhorn credits her mother Barbara, who is a school teacher, as being a significant supporter; she taught April from a young age to “speak for those who can’t speak for themselves.”

Due to lack of infrastructure and bureaucratic laws governing private business ownership on federal trust land, there is a dearth of Native American female entrepreneurs who experience measurable growth. Many indigenous people run small businesses out of their own homes. DreamBuilder, a business program designed for women, reported that “Women reinvest 90 percent of their incomes in their families and communities (compared with 30 percent to 40 percent for men)’.

DreamBuilder also reported that women do 66 percent of the world’s work but earn only 10 percent of the world’s income. Tinhorn made light of the gender disparities at large conferences: more men than women participate as keynote speakers. Earlier this year, the Native Women’s Business Summit (NWBS) offered onsite childcare for attendees; to Tinhorn, this addressed an additional disparity: mothers are often forced to choose between work and parenting. “It was a safe space for the women and their kids to attend,” she noted. “The summit renewed my spirit. Everyone greeted each other. I was part of the closing and empowerment panel.”

The Native Women’s Business Summit is for entrepreneurs, new and experienced, to network and empower each other with their stories of community-building. According to statistics shared by the NWBS, Native American woman-owned businesses grew 81.3 percent over two decades; there were 2,648 in 1997 which grew to 4,800 in 2015. Significantly, ‘2/3 of all Native American women were the breadwinners of their families.’

This September will mark Tinhorn Consulting’s eighth year in operation. It plans to form fresh partnerships with more indigenous-owned entities. April’s hope is that young indigenous entrepreneurs will learn to follow their passions. “I heard Spike Lee say, ‘Whatever you do, incorporate your passion. Once you do, you’ll never work a day in your life,’” she said. “Look at the needs around you. Look at what you’re passionate about, even if it doesn’t make sense. Figure out a way to combine the two.  As a business owner, you’re always working; you never stop. However, if you align your business with your purpose it’s never work because you will love what you do.”