The Complicated Trade-Off of Indian Gaming in ‘The Casino Compromise’ 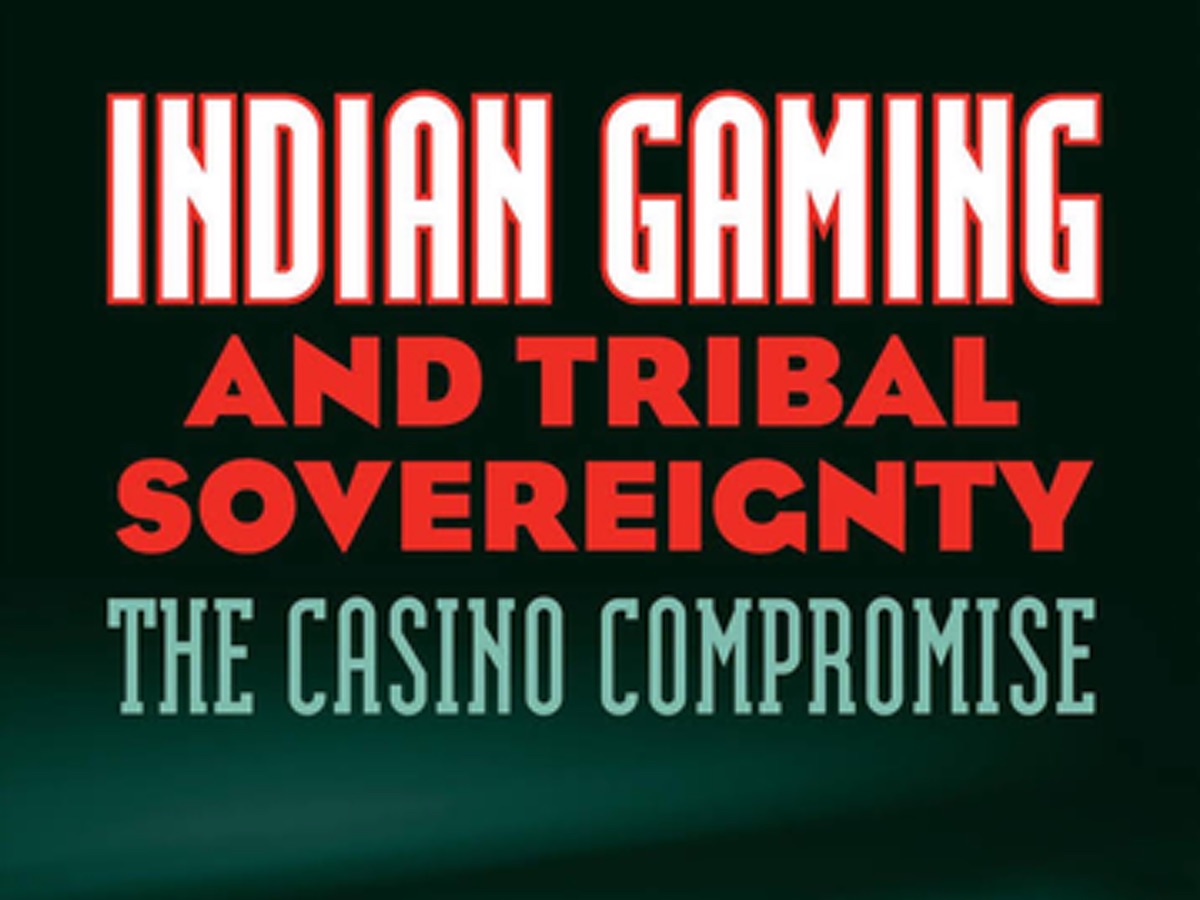 Going into reading Indian Gaming and Tribal Sovereignty: The Casino Compromise, one may already be familiar with the considerable impact that Indian gaming has had on tribal communities, often rapidly transforming them in many ways. Authors Steven Andrew Light and Kathryn R. L. Rand’s latest book offers a comprehensive overview of the framework of Indian gaming and the many elements that encompass it, from tribal sovereignty to that of legal policy, all in an attempt to convey the complexities that have arisen due to tribal participation in the world of gaming.

The notion of Indian gaming is relatively new considering the timespan of American continental politics surrounding American Indian tribes and the United States government. Ever since the implementation of the Indian Gaming Regulatory Act (IGRA) of 1988, the widespread practice of Indian gaming has taken many tribal nations by storm, providing considerable opportunity for economic and social growth, and at times, bolstering negative aspects as well.

As this political and legal structure continues to expand, so does the precarious relationship between tribal sovereignty and the nature of casino economy.

The Casino Compromise provides an exploration of the particular relationship shared between tribal sovereignty and Indian gaming in an attempt to provide a comprehensive account of the complex legalism surrounding tribal nations and their application of gaming on reservation lands. Light and Rand preface the book by looking at the controversies and misunderstandings that have been ascribed to American Indian tribes that operate casinos.

Acknowledging that there is an often a significant lack of knowledge surrounding many issues of Indian gaming, both throughout academia and the public at large, we see them interpret their research expressed within the book as an outlet towards addressing that lack of knowledge and providing some context in which we can more effectively overcome them.

Light and Rand initially and briefly breakdown and define the various levels of sovereignty in the opening chapters, presenting it simplistically despite it being a somewhat convoluted subject. This analysis provides the groundwork for which the reader can more appropriately comprehend how sovereignty plays a vital part in the book’s later chapters dealing with the legal rights of tribes and gaming in general.

While one can indeed read an extension of books that deal more directly with tribal sovereignty, Light and Rand provide a basic overview to get those readers who may not be aware of it as a concept and practice to understand the gist of it. There were some key areas, such as the Marshall Trilogy cases, that could have used some more explanation, but given that this is not a book dealing solely with tribal sovereignty, it is completely understandable.

Perhaps even more significant was the introduction of federal Indian policy measures, which provided a more stable historical basis for which we as readers can get to view the serpentine legislation that accompanies much of our understanding the American Indian. It is here where Light and Rand really hit the nail on the head and offer us a detailed look into the relationship between the United States government and American Indian tribes as one that is exceedingly complicated and at times outright combative.

If anything, this particular focus has us reading about the legalistic structures that American Indians were and continue to be subject to and how such lawful language defined their status within the American legal system. This approach was a nice addition by Light and Rand because it offered insight into the various issues that would eventually influence policy surrounding Indian gaming down the road.

The notion of tribal sovereignty takes precedence throughout most of the book, with Light and Rand arguing that the exertion of sovereignty by tribes has allowed for Indian gaming to exist in the first place. This is despite the practice that tribal sovereignty is heavily managed through congressional authorization, which has changed even more significantly through the implementation of IGRA.

One of the positive elements of the book is that it delves into a plethora of examples surrounding the various deployments of Indian gaming throughout tribal nations. While there is a focus on the economic successes and failures within tribal communities, there is also considerable examination on the more scrutinized aspects of Indian gaming within these communities as well.

While there is a focus on the economic successes and failures within tribal communities, there is also considerable examination on the more scrutinized aspects of Indian gaming within these communities as well.

Light and Rand continue to dig deeper to focus on the less than economically successful tribal communities too, which broadens the question regarding how we view what “successful” within the context of Indian gaming is. Focusing on tribes in the Great Plains region, Light and Rand offer up a more modest and realistic exploration into tribal nations that participate within the casino economy but are not economically viable because of it, instead of viewing it as a vehicle for job growth to their respective tribal communities.

The book does a commendable job in exploring the diverse range of experiences that many tribal communities experience when entering or having entered into the casino economy. Tribal sovereignty remains the focal point though, as Light and Rand view it as a fundamental element towards grasping the legal and political structure of Indian gaming as a whole, with Indian gaming remaining a viable expression of tribal self-determination and opportunity.

At the same time though, Indian gaming, as the book’s title suggests consists of a compromise between tribal sovereignty and the ability to be able to participate in the casino economy itself. There is a tradeoff that almost always occurs, leading to a reshaping of sovereignty taking place amongst tribes that operates a casino on reservation land. In pointing this out, Light and Rand also see a possible diminishment of sovereignty for many tribes who decide to run casinos, as state and federal authorities can now exceedingly interfere into tribal affairs and attempt to redirect practices of tribal self-determination due to increase in oversight.

The Casino Compromise does go a considerable distance towards attempting to resolve some of the significant complexities that have arisen within the realm of tribal economic and social levels of development, and for that alone, it will garner much appreciation for those wanting to learn more about the framework of Indian gaming.