The Medicine of LGBTQIA2 Visibility and Inclusiveness

As I continued to navigate this communal silence, I recognized my unquestionable duty to step forward as a queer Indigenous woman and make myself available as a resource to others. 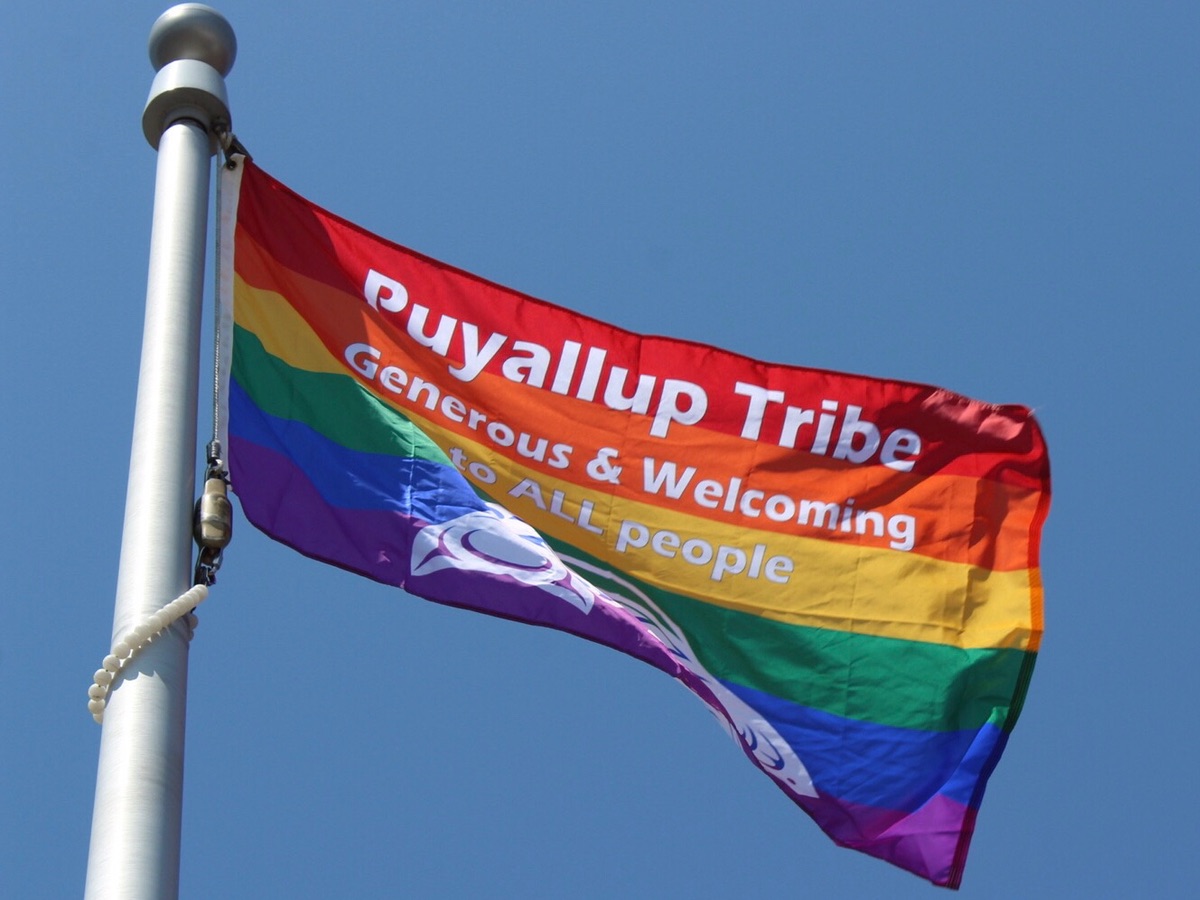 Just two short months ago, discussions around LGBTQIA2 individuals within my Puyallup Tribal community were few and far between. (For those that are unaware, this acronym represents the terms lesbian, gay, bisexual, transgender, queer/questioning, intersex, asexualand two-spirit.)

And although some may denote this whispered existence as proof of acceptance, I began to truly question the quiet nature of this real community, which held its own set of unique experiences and surely deserved to be visible.

When we don’t speak about a marginalized group’s narrative, are they truly being seen for the ways in which they have both survived and thrived?

Are we not already swimming through the rough currents of this existence as Indigenous peoples? Our traumas, cast aside. A generalization of our imprint in this life.

As I continued to navigate this communal silence, I recognized my unquestionable duty to step forward as a queer Indigenous woman and make myself available as a resource to others. I was no longer in a place of fear surrounding my experience, but surely remembered the landscape of coming into myself, and the terror associated with revealing this to the rest of the world.

As I continued to navigate this communal silence, I recognized my unquestionable duty to step forward as a queer Indigenous woman and make myself available as a resource to others.

So many of our youth stumble through the process of understanding their sacred role as members of the LGBTQIA2 community and succumb to feelings of inadequacy, isolation, rejection and often-times, suicide.

According to a 2016 report by the Center for Disease Control, attempts at suicide by youth who identified as lesbian, gay or bisexual was at a rate nearly 5x higher than that of heterosexual youth.

Coupled with the 1.5x suicide rate already experienced by American Indian/ Alaska Native youth ages 15-24 as compared to the national average, this marginalized demographic within Indian country is left with very little space for misunderstanding.

As I sat with this reality, I realized there was no time left to consider the backlash associated with extending oneself for the ultimate benefit of others. Fear does not heal.

And so I proceeded to make a Facebook post and shared it on several of my Tribe’s pages, offering an open ear and heart to any LGBTQIA2 identified Tribal members who may need a support system as they navigated this often-times tumultuous experience.

Shortly after, I was contacted by Tribal Councilwoman Annette Bryan (who would soon publicly come out as lesbian-identifying). Bryan had seen the post along with Chairman David Bean, both of whom wondered what I thought about declaring a Pride month.

Agreeing that it was a wonderful idea, I additionally added that the discussion had to begin within our tribal community and continue. I indicated that LGBT+ trainings were available with our local Rainbow Center, an educational resource and advocacy organization. This had to be treated with utmost care.

Within a few weeks I was summoned onto a Pride flag raising working group within the Tribe, which soon turned into planning for our Inaugural Puyallup Pride celebration.

For the first time, I had come face to face with other LGBTQIA2 tribal members and allies working towards creating an event that would speak to the true nature of our existence.

For the first time, I had come face to face with other LGBTQIA2 tribal members and allies working towards creating an event that would speak to the true nature of our existence.

Councilwoman Bryan was asked to stand atop the Tacoma Dome to assist in raising the rainbow flag for the first time ever, alongside Tacoma City officials. Additionally, the Puyallup Tribe became a token sponsor for the city of Tacoma’s Pride event and was further honored at the city’s flag raising.

Yet, perhaps the ultimate achievement and what our small but determined working group of LGBTQIA2 members and allies had worked towards, was the Inaugural Puyallup Pride event, which occurred on July 14thand brought tribal and surrounding community members together in celebration. Seen. Valued. Recognized. Relevant. Included. Celebrated. Honored.

A true exhibition of our community being generous and welcoming to all people.

And although there are those that may view the visibility of the LGBTQIA2 community as an exclusion of others, I beg them to differ.

To further understand that the privileges upheld by not being a member of the LGBTQIA2 community does not prohibit a person from choosing to unpack harmful opinions and lean into what may be unfamiliar for the sake of those who may be suffering.

Because if we are not all afforded inclusion and visibility at the table, exactly as we are, we aren’t healing.  We are hiding. We are forgotten. We are silent.

Here one day, and gone the next.