The Perplexing Nature of ‘Wannabe Indians’

It is considerably more popular today to share and have Native American ancestry than it was years ago, to feel connected to a group of people indigenous to a continent Americans now call their home. 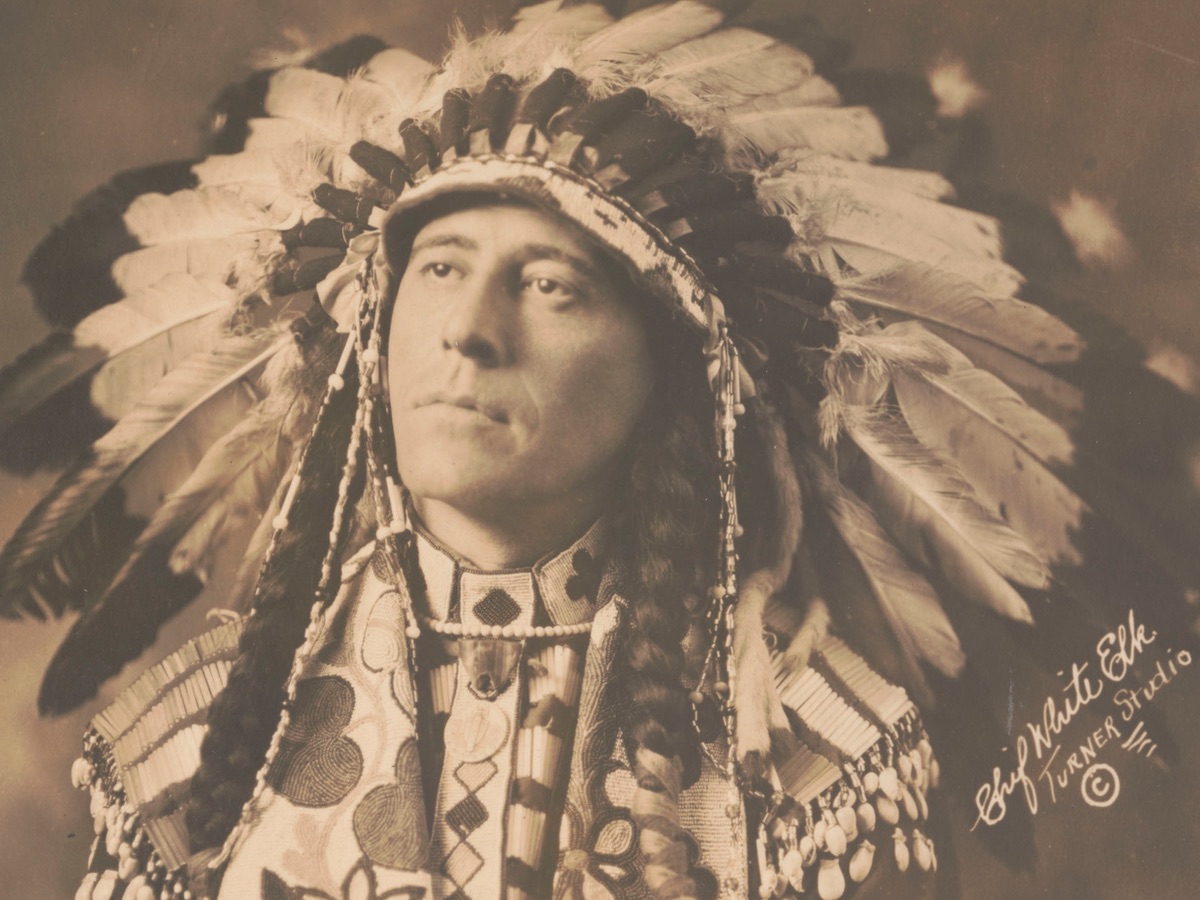 For those of us who have Native American ancestry, when the topic of descent arises amongst those individuals claiming to have Native ancestry as well, there are usually commonalities concerning how they express that shared ancestry. These commonalities generally are concentrated into these areas: they can not prove their tribal affiliation due to a lack of documentation; if there was documentation of some kind, it was burned in a fire long ago; and they can not specify which tribe. To compound this further, their relative (usually a grandmother) is no longer alive, so little-to-no information is available about them; this same relative may have been an “Indian princess” or tribal chief; or the relative had bodily features that were distinctly “Native,” such as high cheekbones or long black hair. These responses may vary, but they do point out a more significant issue – that of an extreme want by many Americans to be Native American.

And what they are saying could be entirely correct. Perhaps the tribal affiliation documents were lost. Maybe their relative didn’t enroll them in the tribe. Conceivably their ancestor was indeed a tribal princess or chief. These are all plausible outcomes. However, there is also the distinct philosophical notion of merely wanting to belong to a particular group. On a deeper, more subconscious level, many Americans are seemingly searching to be a part of a specific group to situate themselves as being uniquely and authentically more “American” than their neighbors. By exhibiting such behavior, in a somewhat oddly subtle manner, it further promotes a sense of individualism in a nation whose legal framework dramatically favors the individual over that of the collective. Wanting to share Native American ethnicity solidifies one status as being uniquely individual.

Myths surrounding family legacy can be tremendously influential in shaping the perceived identity of an individual, let alone multiple individuals in a family structure. It is a powerful force towards how we understand ourselves, and in the case of indigenous ancestry, it can also be remarkably unsettling. For example, individuals convinced that their descendant was an “Indian princess,” without little-to-no viable proof, have even attempted to sue the Federal Archives because their ancestor is not on any tribal enrollment listing. Many other individuals have laid claim to being Native American without being able to adequately prove it, with a long list of prominent American entertainers, members of academia, and politicians stating they have Native ancestry without presenting any credible validation of any kind.

For those claiming to be part Native American, verifiable proof—and even evidence through family lineage—is often omitted and reliance on pure family hearsay is deemed qualifiable enough.

For many ethnic groups, being able to identify with their respective group is a relatively simple process. Even those of mixed ancestry can generally prove their affiliation with their particular group(s). In other words, not just anyone can lay claim to lineage by words alone. How is it that non-Natives can claim Native ancestry so quickly then? For those claiming to be part Native American, verifiable proof—and even evidence through family lineage—is often omitted and reliance on pure family hearsay is deemed qualifiable enough. This approach is not surprising to see, especially since the notion of inclusion in regards to ethnicity has been a highly desirable quality throughout Western societal thought over the last several decades. When one considers that many Americans have identified as being part Native American but have no Native ancestry, it is entirely different from how other ethnic groups envision themselves as inclusionary. This approach speaks considerably to an adherence towards Native American stereotypes more so than individuals genuinely wanting to belong and embrace their supposed Indigenous ancestry.

It is considerably more popular today to share and have Native American ancestry than it was years ago, to feel connected to a group of people indigenous to a continent Americans now call their home. Taking a look at it from a more unethical stance, many Americans who wish to be Native American only do so due to the benefits they believe Native Americans receive. Whether this is through practices such as free tuition, membership per capita, or employment opportunities, the aspect of being Native American as interpreted by non-Natives can be viewed as a beneficial element that is to be exploited merely for personal or familial fortune and gain. For many claiming Native ancestry, there is no genuine attempt to learn more about the cultural, spiritual, or traditional practices that accompany that ancestry—merely saying they are part Native is sufficient enough to them.

While the historical connotations applied towards the development of such a thought process is vastly complex, the understanding that many non-Natives that came to the “New World” were leaving behind their former lives to forge a new one is reflective of Americanism, the “pioneering spirit” as one may say. As the ancestors of countless non-Natives traveled to America in the eighteenth, nineteenth, and early twentieth centuries, many also chose to leave behind their traditional cultural practices procured in the Old World, letting go of the past and starting anew.

Provided this opportunity to create a new identity for themselves, they considered themselves to now be, first and foremost, Americans, encouraging the adoption of new ways that formulated the early foundations of the American ideology. It was only during the early twentieth century that, for many Americans, the psychological need to be connected to an ideal construct of the “Native American” was covetable. This approach eventually led many to want to be a part of the constructed culture of mystique that surrounded what a Native American being was in the social, cultural, and political landscape of American civilization – to become a part of the other.

The notion of the other has always been a fascinating construct of the conventional American society, even though as a country it is not alone in its portrayal of the other as residing outside the societal norm. Most of the European colonial powers objectified the Indigenous populations they came into contact with, interpreting them through a process from which they had to deal with the “savage,” and in America’s case, as idealized later on through the vicious exercise of Manifest Destiny. In this regard, the mystification of Native Americans throughout the traditional historical American narrative has left them in the unique position as a cultural group of being both admired and admonished at times throughout that same narrative.

From an external standpoint, the original notion of the Native American was that of a ruthless and brutal enemy that had to be violently suppressed and later forcibly civilized, all to make way for European dominance over the American continents. This notion slowly changed as the plight of the Native American was then romanticized, offering up and supporting the foregone conclusion of an Indigenous civilization pushed to the brink of extinction. The Indigenous population, subsequently, was admired for their valiant efforts to retain their ways of life against the crushing tide of European dominance, with the Euro-American civilization viewing themselves as toppling and replacing the Indigenous presence as the ascending culture.

By concealing the connection to one’s truthful lineage, one would be able to more effectively assimilate at a time when the American government—and many American citizens—systematically condemned Native American practices and traditions.

What is interesting is the internalization of the ideology the encompasses being Native American. While many Indigenous peoples fought against the course of the invading European settlers and the newly formed American government during the years following post-contact, some Native Americans, if they could, chose to pass as non-Native to escape violent persecution. By concealing the connection to one’s truthful lineage, one would be able to more effectively assimilate at a time when the American government—and many American citizens—systematically condemned Native American practices and traditions.

While the contemporary Native American experience is undoubtedly varied, the distorted comprehension of Indigenous heritage by many non-Natives today ultimately situates the role of demonstrating legitimate Native ancestry in a rather unusual position. Regardless of the legal requirements established by tribal communities and governmental agencies in classifying who is Native American and who is not—a controversial subject in and of itself—it remains that many non-Natives claiming Native ancestry will forgo these processes entirely and reject them as a reliable way to define oneself as Indigenous. The more factual question remains though—why do many Americans claiming to be Native American without verifiable proof continue to proclaim they are? This question is undoubtedly challenging, and it is one that still resonates well in our contemporary era.