Focusing on the Shinnecock Indian Nation and their continuous battle with the governmental bodies and public inhabitants of Hamptons, New York, Conscience Point explores the dangerous clashes that occur when centuries of Indigenous philosophy conflicts with unrestrained greed, exploitation, and cultural disregard. 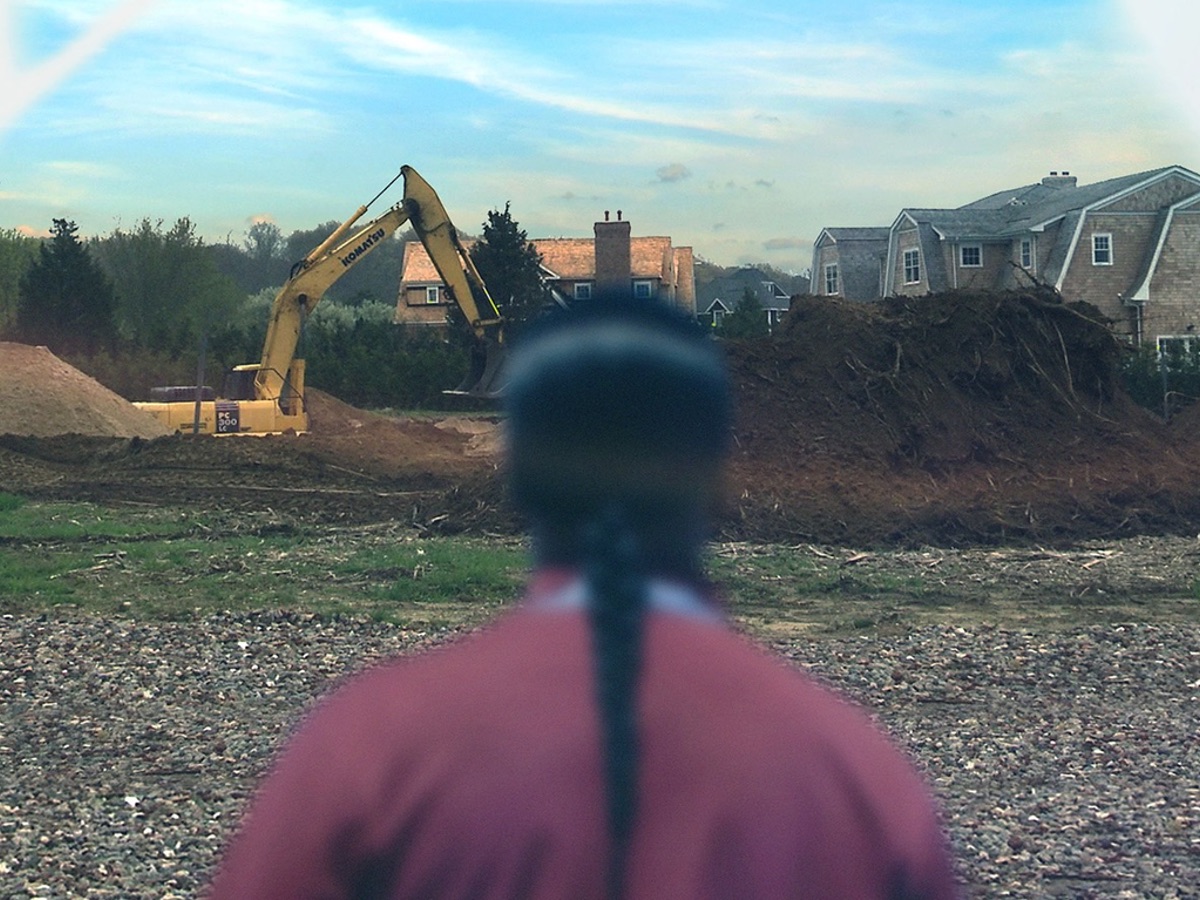 Director Treva Wurmfeld’s documentary film Conscience Point examines the all too common and problematic issue that plagues Indian Country—that of land rights. Initially focusing on the Shinnecock Indian Nation and their continuous battle with the governmental bodies and public inhabitants of Hamptons, New York, Conscience Point expands to explore the dangerous clashes that occur when centuries of Indigenous philosophy conflicts with unrestrained greed, exploitation, and cultural disregard.

What makes Conscience Point exceptionally interesting as a film is its heightened focus on one of the most coveted places in the United States and its relationship to that of the Indigenous population. With a name such as the Hamptons widely known throughout the minds of the American public, it has become one of the most prestigious and sought out places for the wealthy elite to live, with residential real estate prices being some of the highest in the country. The land has become highly coveted, which directly conflicts with the Shinnecock Indian Nation, leaving them to take direct action to preserve their traditional pathways and understanding of land ethics that has lasted for generations.

Primarily focused on the fervent Shinnecock activist Becky Hill-Genia, the film follows her daily confrontations and diligent actions to rectify numerous cases of inattention by the likes of real estate developers, transportation access, and even the Shinnecock Hills Golf Club. Becky’s humble living arrangements on the Shinnecock reservation are in stark contrast to the vast mansion-filled environment that surrounds her, demonstrating the disparity between the rich, poor, non-native, and indigenous. Her relentless pursuit of correcting the continual wrongs committed by the entities mentioned above and more is admirable, with Wurmfeld further bringing in other prominent Shinnecock tribal members and activists to showcase the communal efforts being taking to bring about justice to their people.

A significant portion of the film focuses on the dilemma of the Shinnecock Hills Golf Club, from which we are shown its detrimental effects in two drastic and saddening ways. Firstly, the building of the golf course is on the sacred ancestral graves of the Shinnecock people. Secondly, the Tribe also had their tribal name and likeliness unfairly used for the 2018 U.S. Open golf tournament to sell clothing and merchandise.

The recipients of the apparel and merchandise? Primarily non-native spectators of the competition, with no monies from those sales provided to the Shinnecock people. This is particularly disheartening to witness as a viewer due to it prominently showcasing the hyper capitalistic amalgamation of mass consumerism, cultural appropriation, and the total disregard for the Shinnecock as a people indigenous to the area. It is a revealing account of the substantial philosophical differences shared between the two cultural groups concerning land and its purpose.

Wurmfeld artfully contrasts such differing philosophical stances between Becky and other tribal members with that of the non-natives. By bringing about an understanding of the deeply held beliefs towards the land itself as expressed through the various Shinnecock tribal members, we begin to see their convictions as truthful and righteous. Their connection to the land is undoubtedly a present and prominent aspect of who they are. On the other hand, the non-native perspective on land is notably superficial and distant, with save for the town council—who has to continuously find a compromise between Shinnecock people and their non-native neighbors—with a genuine detachment to the land itself.

The Shinnecock people have had to contend with the massive influx of incredibly wealthy non-native individuals, corporations, and organizations disregarding the Shinnecock’s thoughtful and tangible ways of life in pursuit of economic gain. It comes at no surprise then that a hostile form of commodification of the land remains visibly witnessed throughout the film. Wurmfeld is acutely aware of this, easing us as viewers into the absurdity that arises when land is diminished to a form of simple monetary exchange, resulting in the pristine environment destroyed to make way for enormous backyards, unnatural waterfront views, and tennis courts. We see how the abstraction of land by non-natives is rapidly transforming the Shinnecock’s traditional areas to make way for the nonsensical landscape requests made by the wealthy, serving no other purpose than to foolishly keep up with their peers.

Attempting to offer both sides of the various issues showcased throughout the film, Wurmfeld elicits an attentive responsibility to be fair in her portrayal of multiple viewpoints. A balance is expressed, but provided that the non-native perspective stems from a wrong premise to begin with—initially with land violently stolen and a continued refusal to acknowledge treaty rights—it significantly leverages the plight of the Shinnecock people. The more deep-rooted philosophical tendencies that shine through on their behalf is unquestionable, and their utter dedication to preserving their ways of life is enlightening in a way that the non-native individuals showed throughout the film cannot match.

Conscience Point is a powerful testament to how unfettered capitalism can radically reshape both the physical and mental landscapes of those who participate within it—and the great courage of Indigenous people such as the Shinnecock to combat against it. Wurmfeld does a commendable job in bringing the conscientiousness of the Shinnecock people to the forefront, with their absolute determination to see their traditional lands be respected and protected, remaining a highlighted attribute of who they are as Indigenous peoples. Ultimately, Conscience Point is a tribute to the endurance of the Indigenous spirit to grapple with the wrongs of the past in a contemporary worldview that mainly wishes to avoid effectively addressing such wrongdoings.

You can learn more about the film here: https://www.consciencepointfilm.com