The Wounded Knee Massacre, Las Vegas Shooting and the Media’s Failure to Remember the Past

The Wounded Knee Massacre is often forgotten as the worse mass shooting to take place in the United States. 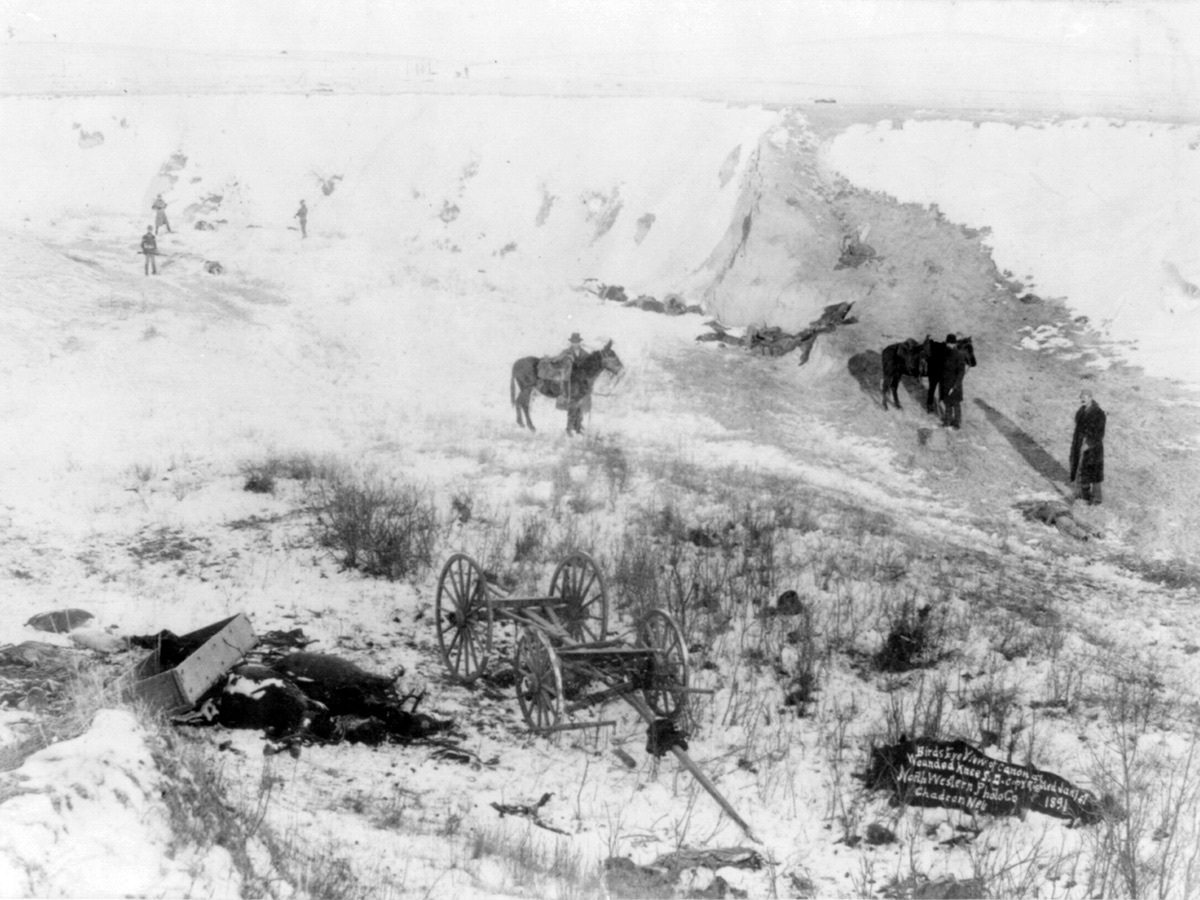 On October 1, 2017, a gunman opened fire on a massive crowd of concertgoers at a Route 91 Harvest Festival music event in Las Vegas, Nevada, leaving 58 individuals dead and 564 injured. The shooter, 64-year-old Stephen Craig Paddock, had fired hundreds from his rifle from the 32nd floor of the Mandalay Bay hotel. Almost immediately after the shooting had occurred, various mainstream media outlets had labeled it the deadliest mass shooting committed in United States history.

While many of these mainstream media outlets have not even attempted to refute this claim, some have gone on to relabel and refer to the event as the deadliest shooting in modern history. Some have also stated that it is the most fatal shooting in U.S. history by a single individual. Many have even alluded to the fact that there have been past events that have equaled or rivaled what had occurred in Las Vegas. While the following descriptions offer a more direct examination of this horrible episode, the media and public discussion surrounding mass shootings had often downplayed or completely ignored the actual deadliest U.S. mass shooting that had transpired on December 29, 1890 – the Wounded Knee Massacre.

…the media and public discussion surrounding mass shootings had often downplayed or completely ignored the actual deadliest U.S. mass shooting that had transpired on December 29, 1890 – the Wounded Knee Massacre.

Taking place near the Wounded Knee Creek on the Lakota Pine Ridge Indian Reservation in South Dakota, the Wounded Knee Massacre resulted in the deaths of 300 American Indians, which included men, women and children, all who were ready to disarm. According to one version of events, during the process of disarming the Lakota by the U.S. Cavalry troops, a deaf man named Black Coyote could not hear the order to disarm, and amidst a struggle by soldiers to remove the rifle, a shot had been accidentally fired, triggering the massacre.

The preceding events leading up to the killings revolved around the Ghost Dance War, a conflict involving the Sioux Natives being upset over the treaty violations stemming from the Fort Laramie Treaty of 1851. Reasons for the war were many, including traditional territorial claims being revoked, railroads running through the reservation, and gold being discovered in the Black Hills in 1862, eventually leading to violent disputes between gold rushers, the US government, and local tribes.

The horrific shooting that took place in Las Vegas has reignited the reality that the Wounded Knee Massacre is often a forgotten episode of the heinous violence that has been committed in America, let along against its Indigenous peoples. It too was a mass shooting, the largest in U.S history, yet it had been practically snubbed by the mainstream media when discussing the historical trajectory of American mass shootings.

This approach is troubling especially since it diminishes the chance for public discussion to arise regarding tragic events involving American Indians. By not acknowledging such facts within the public discourse on the recent Las Vegas shooting, it dilutes the significance of the incident that took place in 1890. In many ways, it also disregards its rightful place as a “massacre,” and reinterprets it as something akin to “collateral damage” in regards to a military conflict.

It too was a mass shooting, the largest in U.S history, yet it had been practically snubbed by the mainstream media when discussing the historical trajectory of American mass shootings.

While some media outlets have corrected their initial statements regarding the historicity surrounding the Las Vegas shooting, it is also telling to see that the public consciousness is considerably not aware or misinformed about similar horrible events that have occurred in the past. What took place in Las Vegas was not only sadly reflective of our times but also delves deeper into America’s history dealing with mass shootings and violence in general, primarily upon that of its Indigenous peoples.

To widely ignore the Wounded Knee Massacre, amongst other travesties, in a time that should warrant its attention, is sadly telling of how much of the tragic history of America and its traditional inhabitants are often obscured, delegated to the back pages of American discussion. What happened on December 29, 1890, should not be forgotten as it is a testament to issues that we still have to overcome and recognize as a nation.