The topic of Indigenous business practices and principles is a subject far from that of the mainstream Western peripheral, and American Indian Business works to both acknowledge its place in the broader business spectrum as well as highlight its particularities. 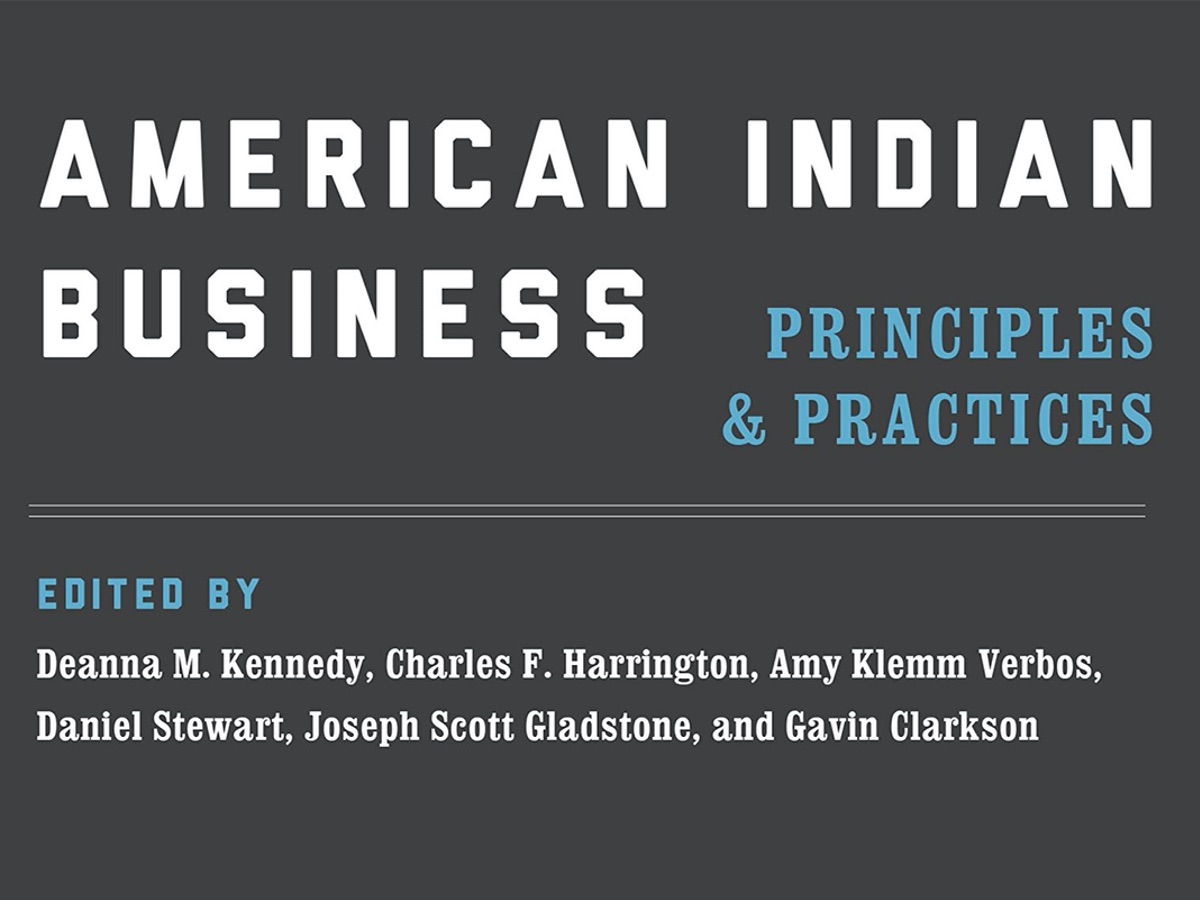 Working as a collection of academic essays, American Indian Business: Principles and Practices offers a detailed-oriented look into the historical and diametrical frameworks surrounding American Indian business and its applications throughout history.

When one thinks of business in general, its complexities as a subject matter is always challenging to undertake, let alone accompanied by a focus on inclusion of Indian Country.

The topic of Indigenous business practices and principles is a subject far from that of the mainstream Western peripheral, and American Indian Business works to both acknowledge its place in the broader business spectrum as well as highlight its particularities.

Written and edited by an assortment of individuals with varying academic backgrounds, the book traverses a wide range of Indigenous business-centered topics rarely explored to such extent. The pedagogical framing was considerably noticeable throughout the book and made for a broad, but elaborate overview of the obstacles and opportunities that many Indigenous-owned sectors of business must continually confront as they move into the future.

If the reader knows little-to-nothing about Indian gaming, reservation economic leakage, or tribal hiring procedures, then American Indian Business will serve as a viable outlet for education surrounding those critical areas and more. This approach makes for a compelling and valuable read, one in which each chapter carefully chronicles its chosen subject matter with careful and detailed analysis.

If the reader knows little-to-nothing about Indian gaming, reservation economic leakage, or tribal hiring procedures, then American Indian Business will serve as a viable outlet for education surrounding those critical areas and more.

Structurally, the chapters of American Indian Business are heavily segmented into essential and overlooked business-related topics in Indian country, ranging from that of entrepreneurship and legal structuring, to that of leadership development and marketing. Sufficient to say, it covers a substantial amount of ground in an attempt to provide a holistic overview of the Indigenous perspectives and their engagements in the realm of business.

Several active chapters stand out, each detailing a particular area.

Gavin Clarkson’s Tribal Finance and Economic Development: The Fights against Economic Leakage is prominent amongst them, providing an extensive examination of the occurrence of financial leakage in tribal economies and the steps needed to combat such practices. It offers a fantastic inquiry into an enormous issue that is facing Indian Country today.

Another is Stephanie Lee Black and Carolyn Birmingham’s American Indian Leadership Practices, which provides a unique overview of the dichotomy between Western and Indigenous modes of leadership, exploring how one must contend with each in regards to the modern realm of business.

Other chapters elicit the same heavily researched-based foundation in its exploration of the issue, removing itself from a simple surface-level understanding that one might observe in other forms of media.

The above approach also provides insight into some prominent areas of modern Indigenous business ventures as well as shining light on  areas that have received minimal exposure in the academic realm, such as medical programs or customer service. It makes for an interesting read, especially if the reader can compartmentalize the material into areas that may be warranted as necessary reading.

As an academic resource, it succeeds in offering a selection of diverse material to peruse. Furthermore, for the academically prone reader, the book will also suffice as referential material to be digested on an as needed basis.

On the other hand, if you are the average reader looking to learn more about American Indian business in general, you may find the material focused within this text to be a little too extensive for your liking. While undoubtedly in-depth in its exploration of a multitude of subjects, the book works less as a foundational understanding of American Indian business and more so as an assortment of well-written, academic-based examinations that do not distinctly coalesce into a singular whole.

While undoubtedly in-depth in its exploration of a multitude of subjects, the book works less as a foundational understanding of American Indian business and more so as an assortment of well-written, academic-based examinations that do not distinctly coalesce into a singular whole.

Since there is virtually no continuity in terms of content outside of the text being Indigenous-based—which is not a negative element in the slightest—one will find that the chapters are sporadic in terms of providing context. This approach did little in terms of promoting a sense of chapter-by-chapter readability and may alienate most readers looking for a brief overview of American Indian business practices.

Delving further into this perspective of American Indian Business, the material can also be quite tedious at times. While this can easily be the case with articles, journals, and books stemming from the world of academia, the book does little to escape this direction. The material in many of the chapters is dense, which may make it inaccessible to the individual looking for a simple outline of the trials and tribulations of business in Indian Country. There is a lot to digest here, which makes it notably more accessible to those individuals studying the subject matter at hand rather than positioning itself as light reading material.

American Indian Business finds itself succeeding more as a reference outline for how the interpretation of the Indigenous perspective is through a Western-centric model of business, and how steps can be taken to move outside or co-exist with such a model. If a more cohesive and accessible structure for the material could have been possible, it may have been potentially more marketable to readers willing to lightly step into learning more about business undertakings in Indian County. Instead, readers may have to dive entirely into the material here.

Ultimately, American Indian Business provides great foundational content in which one can build upon and gain a further understanding of conducting business in Indian Country, especially for Indigenous peoples’ look to start or operate a business, non-Native individuals who are merely interacting with Native-owned companies, or anyone willing to learn more about what makes the combination of Indigenuity and business so unique in its implementation.