Regarding finance and its connection to colonialism, we have to contemplate the structural practices of philanthropy itself, especially in the context of a Western-based implementation. 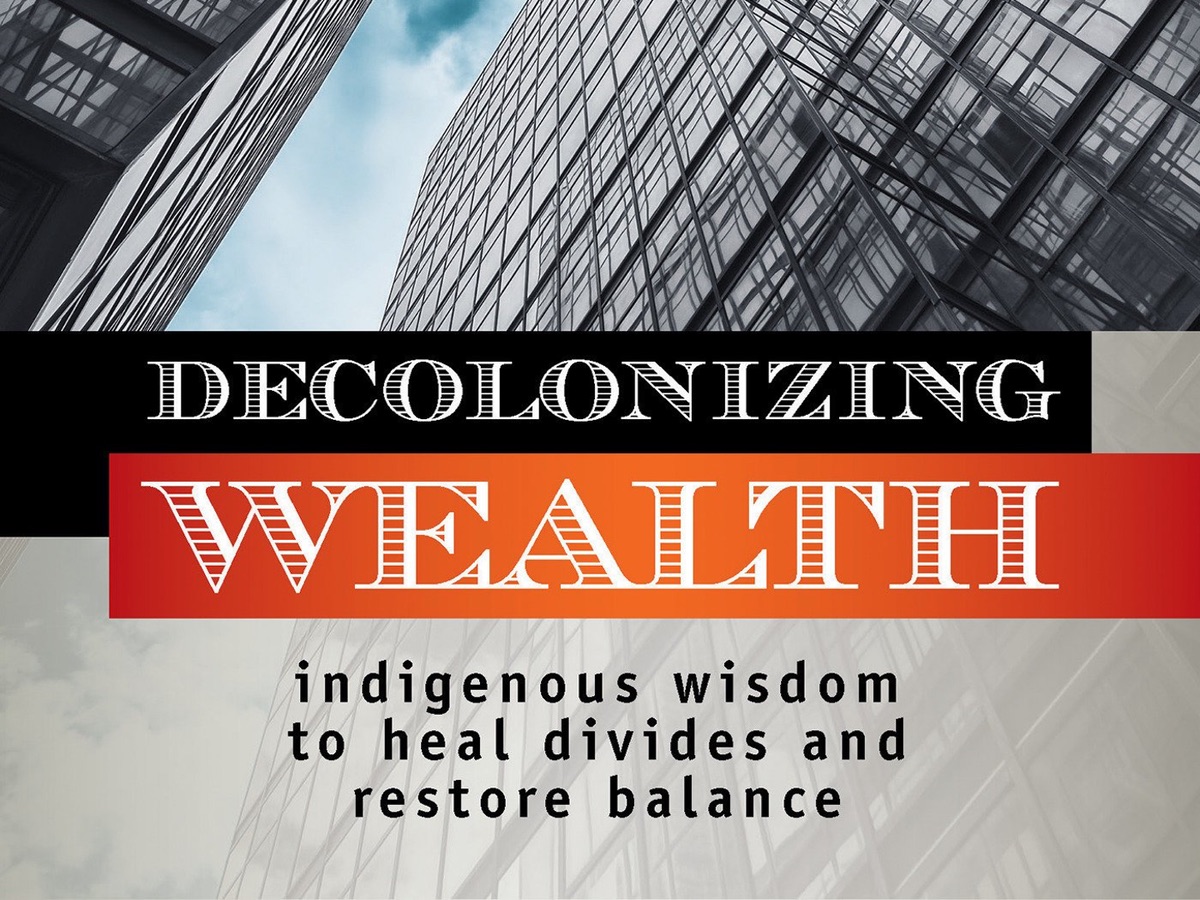 The power of philanthropy to transform communities, organizations, and individuals can undoubtedly have enduring effects for both the philanthropists involved and the recipients of their charitable endeavors. These offerings can provide hope to those in need, fulfilling one of the guiding human principles—helping others who are less fortunate. Like any societal institution, however, one must always dig deeper to discover its foundational roots and how those same roots influence the processes we see today.

Edgar Villanueva’s Decolonizing Wealth: Indigenous Wisdom to Heal Divides and Restore Balance, tackles this very issue and more, delivering an insightful and personal take on some of the systemic problems that plague philanthropy from an industry insider. Villanueva does not shy away from truthfully examining the intricacies that plague philanthropic practices today. Through his utilization of first-hand experiences and revelatory moments, he sufficiently conveys a disturbing picture of socially concerned undertakings deeply rooted inside historical traditions encouraging favoritism, racial stereotypes, and expressions of blatant ignorance. Grounding his experiences in Indigenous philosophy, Villanueva suggests, through the incorporation of Indigenous modes of understanding, that a much larger comprehension can arise to address raised concerns regarding the historical implications of philanthropy.

Grounding his experiences in Indigenous philosophy, Villanueva suggests, through the incorporation of Indigenous modes of understanding, that a much larger comprehension can arise to address these raised concerns regarding the historical implications of philanthropy

Villanueva segments the book into two very distinct and telling portions. The first portion, titled “Where it Hurts,” details the principal issues that arise when dealing with wealth and its acquisition, retention, and distribution with regards to philanthropic efforts concerning individuals and communities of color. It is here where Villanueva dives deeply into several hard-hitting taboo subjects surrounding race and income inequality, all of which brings about an honest look into an institution that may not be as humanitarian-centered as one may have initially been led to believe.

Villanueva meticulously addresses how the colonizer mindset has led us to this point, thus affording us a view of ourselves separate from one another. As a result, we cause damage to the very communities we wish to assist in order to achieve personal gain in the context of the collective. This mindset has extended into the financial sector, with the implementation of a hierarchical structure leading specific cultural groups to interpret their control of financial assets as a self-fulfilling testament to their own ability to do so above others.

Through the process of addressing additional issues such as systemic racism and how its integration into the very fabric of philanthropy influences decision-making today, Villanueva essentially touches on one of the most challenging and controversial subjects—ethnicity. Here he explains, quite frankly, how ethnicity is an integral facet in determining who receives grant funding and who does not, demonstrating his knowledgeable authority of the topic with ease. This subject is often severely downplayed or outright ignored when wealth and economic differences arise in the discussion. Villanueva, however, courageously relates the longstanding ideologies that encompass philanthropy as being deeply tied to a sense of paternalism and practices of racial superiority, expertly engaging the rhetorical boundaries of such practices through the use of slavery terminology and concepts.

The issue of race is a difficult task for any author, but Villanueva unabashedly confronts it head-on in a way that deconstructs the purposes that surround philanthropy, reinforcing the slave-master relationship adages to drive home the point of its inequality. By doing this, it makes readers question the role in which specific sectors of philanthropy—and financial institutions in general—are applied towards people of color, as well as how the incorporation of therapeutic processes must be undertaken to best assist those in need.

While this could have easily been an opportunity to merely deride philanthropy as a white-dominated exercise in money and power, Villanueva astutely weaves in the Lakota philosophy of interconnectedness towards suffering, healing, and prosperity, realizing their mutuality in a Western world that mainly states the opposite. By introducing these applied measures of understanding the world around us, the practice of compassion moves to the forefront, with an emphasis on including those who continually persecute others as a means to address wealth disparity honestly and openly.

Villanueva astutely weaves in the Lakota philosophy of interconnectedness towards suffering, healing, and prosperity, realizing their mutuality in a Western world that mainly states the opposite

The second portion of the book, titled “How to Heal,” finds Villanueva raising efficient solutions through anecdotal experiences regarding many of the problems facing philanthropy as a whole, and in a broader sense, the larger human community. In terms of Lakota philosophy and the healing processes that accompany it, we must interpret these issues not as unsolvable, but merely undergoing a process of acknowledgment. What follows is the choice to pursue learning that is inclusive rather than exclusive. We must undergo grieving, apologizing, and listening as vital components of that healing process, all of which are necessary functions towards a more fully cooperative relationship with each other and throughout the world of philanthropy and altruism. As an extension of Indigenous worldviews, Villanueva does an admirable job during the concluding chapters in bringing about a sense of inclusion that is solution-driven rather than merely presenting the issues without resolution. This is often the case with written works addressing contemporary social, political, and economic issues.

Offering an insider’s perspective, Decolonizing Wealth is altogether enlightening, alarming, and hopeful in its exploration of philanthropy. Villanueva’s closeness to the subject provides a sense of resiliency that is relatable toreaders. His use of decolonization as a formable intellectual resource to raise severe concern on topics surrounding the history of wealth and its distribution amongst people of color is a perspective needing to be revisited time and time again. The incorporation of Indigenous philosophy adds a powerful subtext as well, with Villanueva’s insights bridging the gap between two diverse frameworks interpreting the world we reside in. The applied practices of Indigenous teachings as a means by which healing can occur within the realm of philanthropy is a strong focal point, which remains a crucial and central theme throughout the book. Decolonizing Wealth goes well beyond a mere personalized take on philanthropy. In fact, it begs readers to ask the challenging questions within our communities, making it a compelling, poignant, and all too timely read for Indigenous and non-Natives readers alike.

You can purchase book Decolonizing Wealth: Indigenous Wisdom to Heal Divides and Restore Balance above.