Myths and Stereotypes Persist in Education

Teachers, officials, and even professors are still apt to prolong myths and stereotypes about Native Americans, which in turn, contributes to the systematic erasure of indigenous people. 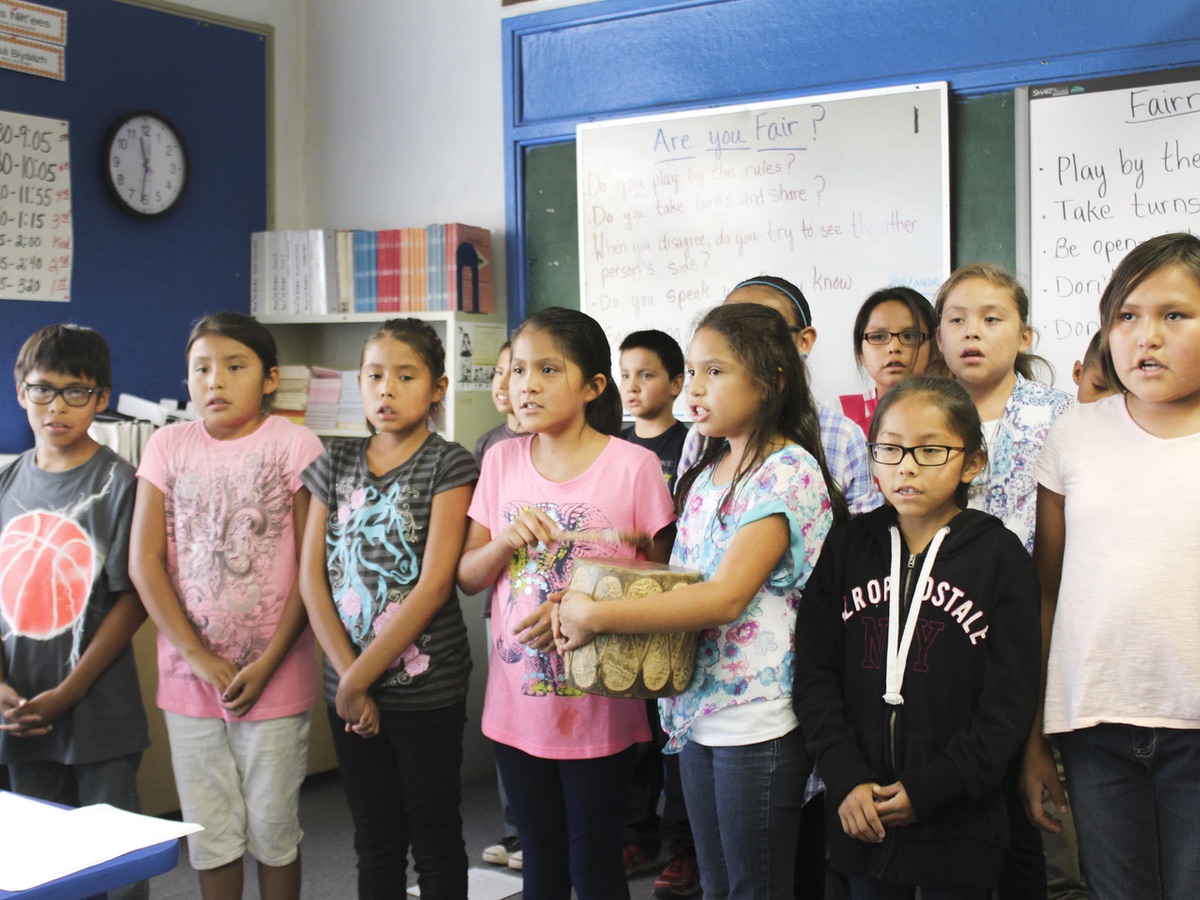 Teachers, officials, and even professors are still apt to prolong myths and stereotypes about Native Americans, which in turn, contributes to the systematic erasure of indigenous people. It is superficial to believe that Native American students suffer educational setbacks because their cultures clash with the rest of American society. Native students have been a part of the global community for years now. Tribal scholars and activists insist that we need to take a deeper look at the persistent ignorance, outdated curricula, and discourse at all levels of education surrounding Native history.

In some cases, the bridges between historical and contemporary events are non-existent, leading millions of students to believe that Native Americans are long gone. Some are even led to believe that laziness is a well-cultivated root of Native Americans’ current social problems (a universal myth that extends to other socioeconomic issues). In the eyes of indigenous educators and activists, these beliefs need to go the way of Iron Eyes Cody and Chief Wahoo.

Native American education has long been shrouded in such misconceptions. “Native children have been miseducated for generations under deliberately repressive federal policy, and all children in public schools are miseducated in U.S. and Native history,” Roxanne Dunbar-Ortiz wrote in her contribution to Education Week. Dunbar-Ortiz co-authored “All the Real Indians Died Off” with Dina Gilio-Whitaker in 2016.

Historically, Indian schools were militaristic and sought to “kill the Indian and save the man.” Though the treaties seemed to indicate that all battles had ceased, systematically they continued. Indigenous citizens were long believed to be stunted and less intelligent by social Darwinists and eugenicists. Harsh corporal punishment was enforced in Indian schools and there was a litany of low expectations to fulfill. Subsisting with meager skills after high school held back most indigenous students from building the necessary scholarly achievement and lucrative professional careers to succeed in America’s modern economy.

It is a sordid legacy that continues to this day, addressed and echoed by contemporary indigenous intellectuals and historians. Vine Deloria, Jr. once argued that anthropologists were at the heart of oppressive government policies and programs. Jennifer Nez Denetdale, Dine’ historian, sought to propose a new methodology for ethical research in Native American communities. “On multiple levels, from within communities to the academy,” she wrote in “Reclaiming Dine’ History”, “indigenous peoples are reclaiming their intellectual traditions. Important critiques of existing scholarship have revealed Western scholarship to be simply another kind of imperialism that reinscribes existing structures of power.”

Still, more is needed to completely turn the tide. Eurocentricism and factual errors are problematic issues surrounding social studies and history curricula. Though held under scrutiny, K-12 curricula in the U.S. still appear to oversimplify, infantilize, denigrate, or misrepresent Native Americans, continuing the “miseducation” of both Native and non-Native students.

Meanwhile, it has not proven easy to solve miseducation of students through curricula changes. Ending misrepresentation has not been prioritized. Instead, standardized testing and remedial solutions have taken center stage in America’s poorly-funded education system. According to a report from the Center on Budget and Policy Priorities (CBPP),  educational funding leads to “proven reforms such as hiring and retaining excellent teachers, reducing class sizes, and expanding the availability of high-quality early education.” During the Great Recession, funding cuts to K-12 education were enacted. The reduction of state funding caused a measurable dearth in student enrichment in the 2015 report outlined by the CBPP. Students who attended schools that were already underserved were impacted the most negatively, and American Indian students fall within these criteria.

Native American students can learn if they are given the right opportunities to do so, and they need to learn alongside the best and the brightest in order to develop their paths to independent and successful lives. If local and state education budgets continue to fall short of state-sanctioned curriculum requirements, indigenous students will continue to be underserved. President Donald Trump proposed budget cuts that included Bureau of Indian Education funding in addition to the $3 billion he sliced away from education funding. The 2019 budget “eliminates additional programs that are not fundamental to the missions of the Bureau of Indian Affairs (BIA) or BIE” through the Department of the Interior. The federal government, through treaties, agreed to compensate tribes and support self-determination. The President appears to believe otherwise.

Schools are supposed to help, not hinder, enrichment for children. Indigenous students envision themselves reaping the rewards of success, even as gatekeepers and policymakers oversee these dreams. The importance for quality education is not lost on their families. Many indigenous families pressure their children to succeed, scheduling tutoring sessions and extracurricular activities for their children at least once per week.

Ideally, lessons should be tailored to students’ cultural needs. According to Cornel Pewewardy, many teachers approach Native students with a “colonial mindset” which is inappropriate for indigenous learners. There is a dire need for culturally-responsive teaching for indigenous students in a society that is predominantly white, and a society that exhibits continual patriarchy and paternalism toward indigenous learners.

Educators’ approaches are to blame in miseducating students, though some scattered improvements were made across the U.S. According to Native Youth Magazine, there were “…a number of schools that have successfully implemented programs that teach educators and staff about native culture, giving them a better perspective on how to interact with native students. The schools that have these ‘cultural sensitivity’ classes have seen a noted decline in the amount of disciplinary actions they take against Native American students.” There is a yearning for teachers by reservation-based school administrators and families alike who can deepen understanding of indigenous students’ favorite subjects and develop their passions for learning in order to develop the knowledge necessary for a happiness and self-determination.