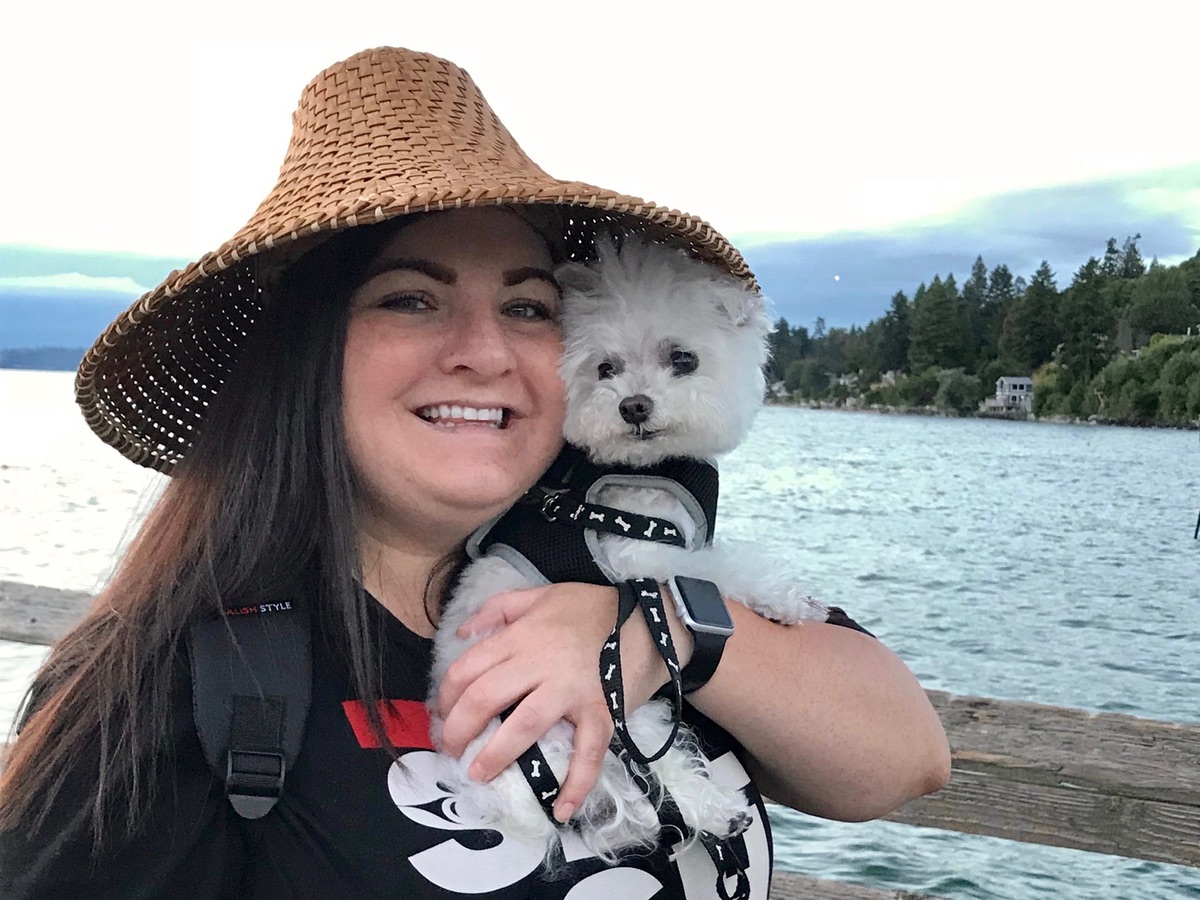 In fact, I may not have known she was also a fellow member of the Puyallup Tribe, having grown up in Tacoma, Washington, near the reservation.

Upon responding to her message, I found myself clicking through to the Salish Style IG page and soon realizing Salish Style had a following, a 12k following.

Check out their Salish Style facebook page and you’ll find that they have at least 30k more.

I connected with Katie via email for a short Q+A on her entrepreneurial journey thus far, reconnecting with culture and how to further promote Native-owned businesses.

When did you become interested in entrepreneurship and what made you choose apparel and how difficult is this area of business for you?

I was always into sales and customer service. I worked at the mall growing up and would use my strong conversation skills to assist with becoming the top salesperson of the day. I had a firework stand (Krazy’s Katie’s) before I was allowed to use a lighter. I also had Kool-Aid stands and did yard work for relatives. Anything to make a little extra cash. Growing up and having an entrepreneurial mindset of willing to try new things and continue to improve myself led me to a desire to work for myself. Working for myself has always been somewhat enticing, but it comes with its fair share of struggles.

Growing up and having an entrepreneurial mindset of willing to try new things and continue to improve myself led me to a desire to work for myself.

I’ve always been creative as far back as I can remember. I think for me, selling Coast Salish apparel and accessories can be hard at times. It can be difficult to obtain genuine exposure that is so desperately needed. Also having patience in the process and allowing myself extra time because I was not getting the exposure in the timeframe that I first thought. In addition, making sure to have enough sales each month to continue to push forward has been a struggle. However, with each piece I produce, I feel closer to my ancestors, I gain a richer and deeper understanding of the arts and cultures situated on the Coast Salish territory.

I recently started carrying sizes XS-6XL, which doesn’t seem like a lot, but that’s ten variants, for just one design. My goal with the variants is to spread body positivity. I want to make sure that people have the option to wear the items I produce no matter what size they are. It’s important to look good and feel good in the body that you have. Right now, the youth can carry the backpacks and use the accessories. Some youth are able to fit into the sizes we currently offer. I plan to offer products for the whole family very soon.

When did you feel the need to connect back to your culture(s)?

I’ve always had a desire for learning about my cultures from an early age. As a Latina, I studied Spanish throughout my formal education and also by living abroad in Ecuador and being immersed in its Indigenous culture.

Growing up, being part of the tribe for me was partaking in its annual fireworks season at Firecracker Alley. Also, going to powwows and being around my family, along with other tribal families that gave me a sense of Native community.

During college and upon graduating, I was working for the Puyallup Tribal Newspaper. It was there I was able to immerse myself in new areas of tribal culture that I wasn’t exposed to through my family. Having the opportunity to write culturally rich stories, on topics such as The First Fish ceremonies or learning about the traditional Salish weaving patterns, allowed me to really gain a new understanding of our rich Puyallup Tribal culture.

When my father passed away suddenly in 2011, I was left to explore my culture on my own. My father had purchased many Native American art pieces that I inherited. I hung them up after he went on his journey. It sparked a new desire for a richer understanding of the Puyallup art form. I noticed that a lot of my father’s art pieces were from Northern tribes consisting mainly of Formline art. This led me to research more about the Puyallup Tribe’s art form.

I began to learn about the Coast Salish Style art form that year and have been pursuing it ever since. My efforts with Salish Style have been to collaborate with local artists, along with First Nations artists, to represent the underrepresented art form and to help revitalize it.  The boundary lines simply weren’t there before colonization and that’s why I think it’s important to represent the entire Coast Salish Territory.

My efforts with Salish Style have been to collaborate with local artists, along with First Nations artists, to represent the underrepresented art form and to help revitalize it.

You work with different Native artists globally. How has that expanded your appreciation of Indigenous culture?

Being able to talk to tribal members of other nations intertribally throughout the Coast Salish Territory has expanded my knowledge of cultural differences. Learning about their unique tribal traditions, languages, and stories has given me an immense appreciation for their cultures. Even though some traditional stories and languages differ, I’ve learned that our lives are more often parallel.

Living abroad in my younger years, I was exposed to Oaxaca’s Indigenous culture in Mexico and also the remote Indigenous peoples of Ecuador. Though these stories and languages are vastly different from the Coast Salish people’s, I really gained perspective of the first peoples of these countries.

Colonialism has washed down what was established first, but it’s our job to revitalize and appreciate our culture now. I think it’s been a really incredible movement from those before me, my generation and younger, to take ownership and appreciate their cultures. It’s important to pay homage to our ancestors who weren’t allowed to express their identities. We must continue to thrive and keep our customs and cultures alive out of respect for them. In today’s volatile political climate, it’s our duty to protect, persevere and reclaim what has been lost and make sure we have something to pass down to our youth.

What type of education do you have and has that helped in your entrepreneurial endeavors?

As a first-generation college student, I received my Bachelor of Arts in Communication from the University of Washington Tacoma.

I’d have to admit, I wasn’t entirely sure as to what exactly I was going to do with my degree. Shortly after graduating, I attended The Art Institute of Seattle and took courses to obtain my Master’s degree. While feeding my desire to further pursue additional education, my father’s death took me into a new direction. I needed to find a way to take care of myself and that’s why I think I pursued working on opening my own business.

What has been the biggest struggle for you in the business realm?

Being an Indigenous woman in a field that is usually dominated by white males.

What words would you share with tribal/nation leadership regarding supporting their members who own small businesses?

I think the support from your own tribal nation is very important. I know for me, I want to support people of color and women-owned companies first because we are almost expected to fail according to society.

If tribal nations could compose a list of business owned by their members, I would want to use them first before outsourcing. Historically, we have always worked and traded with our own people and I think we should continue to do so. The support from our sister tribes is as equally important, especially those situated throughout the Coast Salish Territory.

I think the support from your own tribal nation is very important. I know for me, I want to support people of color and women-owned companies first because we are almost expected to fail according to society.

What words would you share with non-Native individuals in terms of supporting people of color and women owned businesses?

I would say, first and foremost, that yes, you can absolutely purchase and wear all the items I produce. I often have to explain this to my non-native customers. My goal is to combat cultural appropriation with cultural appreciation. Not only can you appreciate the artwork and designs on each item, but you also support the many Indigenous artists that I work with at Salish Style. If you are a lover of culture, be sure to pay attention to the authenticity of the products you purchase. Help us to achieve social equality by buying locally, especially from women and people of color.

You can check out out Salish Style at https://www.salishstyle.com/ 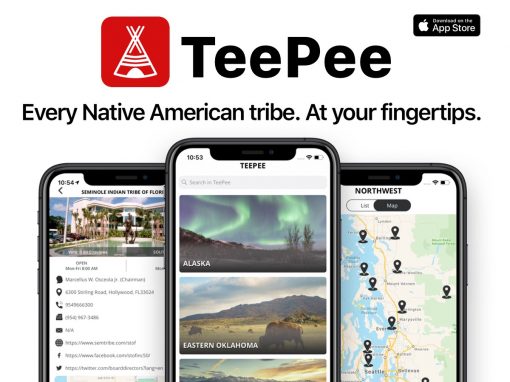 Connecting 573 Indigenous Communities and More in One App

END_OF_DOCUMENT_TOKEN_TO_BE_REPLACED 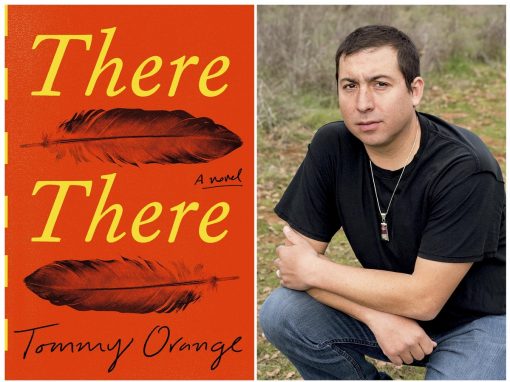 Tommy Orange’s Debut Novel There, There

A glimpse at the urban Native experience unearthed for the masses.