The Powerful Last Testament of Russell Means in ‘If You’ve Forgotten the Names of Clouds, You’ve Lost Your Way’

Means and Johnson do a credible job in comparing and contrasting both natural and human-made systems of law, further emphasizing the fundamental differences that have led to the combative history shared between Western and Indigenous societies. 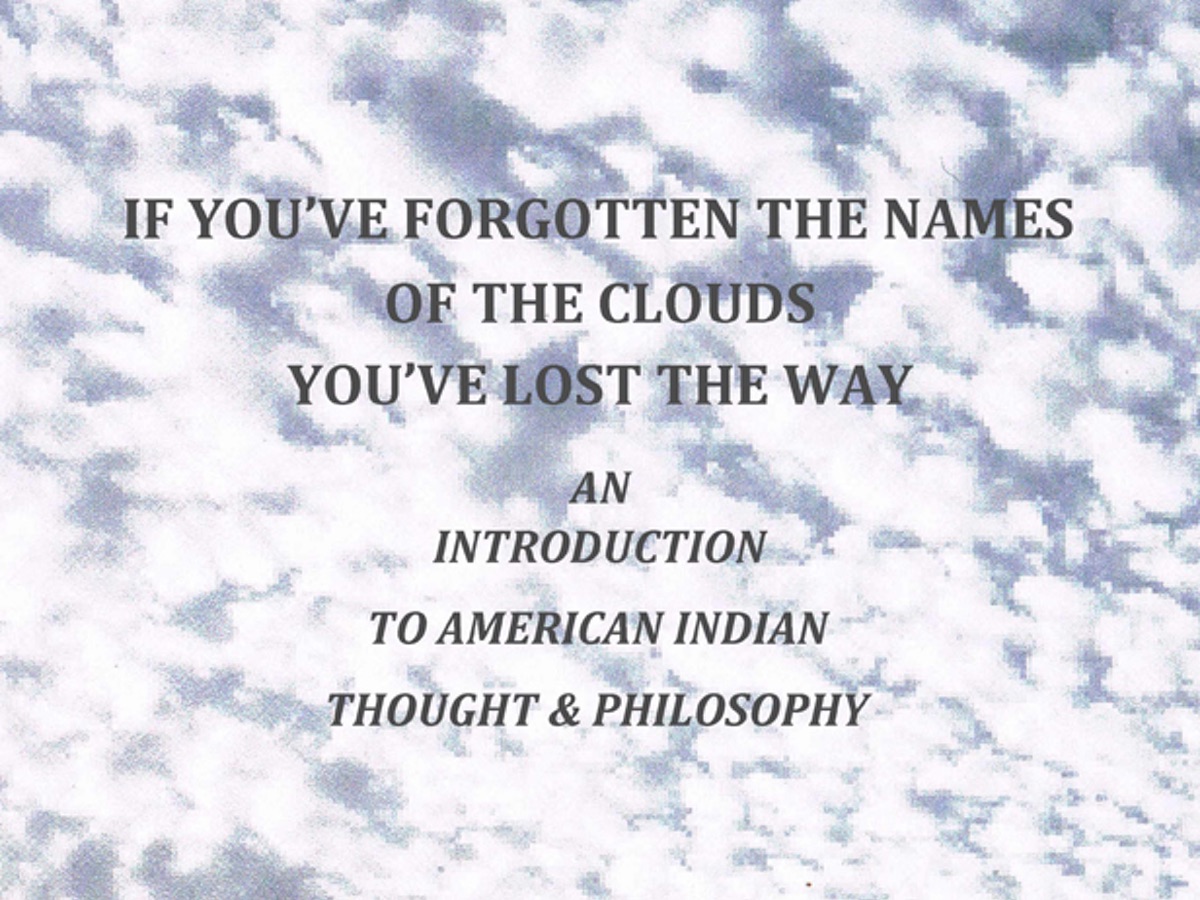 Written shortly before his passing with the help of co-author and longtime collaborator Bayard Johnson, If You’ve Forgotten the Names of the Clouds, You’ve Lost Your Way offers a brief but powerful overview of Lakota-based tradition and ideology from prominent American Indian activist Russell Means. For those who are not familiar with Means forthright stature, his astute ability to articulate the radical contrasts between Western and Indigenous worldviews in a down-to-earth manner is what makes him so easily compelling as a contemporary figure in American Indian history, and to a more significant extent, American history, with such an approach encapsulated so well here.

Centered primarily on providing a vivid examination of the spiritual, political, and religious practices of the Lakota people, the book delivers a strong sense of pragmatism focused upon Indigenous peoples interpretation of the world they reside in and how that very interpretation has shifted throughout the era of post-contact. With the effects of colonialism remaining a big topic throughout the book, Means is frank in his conveyance of how Western-based philosophical, spiritual, and religious understandings of the world are utterly detached from reality. In turn, this becomes a divorcement to what he refers to as the “Natural Law” of the universe, as he describes learning from being immersed in his teachings growing up as an Oglala Lakota.

With the effects of colonialism remaining a big topic throughout the book, Means is frank in his conveyance of how Western-based philosophical, spiritual, and religious understandings of the world are utterly detached from reality.

It is undoubtedly fascinating material to read through, uniquely since Means positions the basis of Natural Law as a more genuine comprehension of the world that derives from practical modes of observation rather than the frequently hypocritical, backward, and destructive measures stemming from human-made systems of law. Means correlation between observing other animals, the environment, and the circular nature of life itself as the way for the Lakota to appropriately discern everything around them as being connected makes complete sense for the foundation of understanding one’s place in this world. This approach is far unlike the externalization processes as found in Western practices of philosophy, spirituality, and religion, which often encourages individualism and a disconnect from the natural world.

Means and Johnson do a credible job in comparing and contrasting both natural and human-made systems of law, further emphasizing the fundamental differences that have led to the combative history shared between Western and Indigenous societies. Through exploring such controversial topics, Means and Johnson can deconstruct and address mythologies surrounding why American Indians were deemed as “inferior” to the civilizations of the white man, a viewpoint that is sadly still upheld by some people to this very day.

Means posits that it wasn’t just merely diseases that led to the decrease of the American Indian population of the Americas, as is often the viewpoint held by many ignorant of history. Instead, it was primarily due to the differing ideological dissimilarities from which Western-based methodologies could not contend with the deeply relational, spiritual, and sustainable nature of Indigenous-based methods of thought. This different worldview made it difficult to co-exist, eventually leading to concerted efforts by Western-based followers to destroy the Indigenous ways of life due to it conflicting with their interpretation of “progress” and the adherence to the material world.

Means and Johnson are more explicit in detailing the reason for these disconnects between two very diverse cultures as viewing each of their particular lifeways as situated between patriarchal and matriarchal systems of understanding. For the patriarchal system, according to Means, it has become solidified in a continual quest for power and suppression, leveraging the demand for the materialism of the world in exchange for forsaking the functional aspects of reality itself. This gross miscomprehension inevitably leads to the destruction of oneself, the community, and the environment in which one resides. The matriarchal system is what he views as the opposition to the former, leading to a sensible life way that facilitates and recognizes the circular successions of the world itself and how we are all a part of a vast, complex, and universal system of existence that values the importance of everything.

For the patriarchal system, according to Means, it has become solidified in a continual quest for power and suppression, leveraging the demand for the materialism of the world in exchange for forsaking the functional aspects of reality itself.

Means in particular grounds his worldview in practical examples of Lakota traditional practices, utilizing them to reaffirm the specificity and importance of place and community concerning a rooted expression of rationality. He interprets the conventional practices of his people as adhering to a purpose that is meaningful rather than merely existing as is rather than for methods of gaining power and control, as he views Western-based traditions doing so to reinforce their methodologies of the patriarchy.

Going alongside the sensible traditions that exhibited in Lakota culture, there is a poignant example that Means makes on oral history being a system of remembrance to pass down information to future generations. He goes further to elaborate that non-Native archaeologists of the past have used the basis that American Indians did not write down their history; therefore they did not “have” any history at all. While dutifully denying this falsehood, he further explains that the opposite can be interpreted in the written form of language itself, from which once history is written down, it is the more easily ignored, and the valuable lessons about life originating from such history are quickly forgotten. This understanding as expressed throughout the book, amongst many other teachings, genuinely reflect upon the nature of our modern world and how we must continue to grapple with the challenges of existing in a world where the negative influences of the patriarchy are increasingly combating the positive impacts of the matriarchy.

Provided the extensive breadth and impact of Mean’s life coupled with Johnson’s studied background in philosophy, the book ultimately explores some very crucial philosophical questions about our connection to one another and the natural world that often go unattended in our contemporary society. Mean’s thoughtful reflections upon the way of the Lakota traditions and practices provides an insightful exploration of the naturalistic frameworks from which we must acknowledge to more fully realize our place in the universe.

At roughly under one hundred pages in length, If You’ve Forgotten the Names of the Clouds, You’ve Lost Your Way is an excellent introduction—and a powerful last testament—to the life of Russell Means and his extensive understanding of Indigenous thought. His acknowledgment of its absolute vitalness in a modern world that has heavily misconstrued our connection to that of the natural world will resonant well for any reader, further solidfying his impressive legacy.